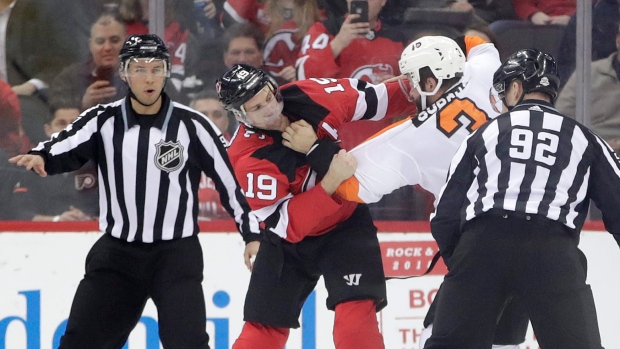 Gudas left his feet before the hit and Palmieri said after the game he believes Gudas deserved a suspension.

"It's not my decision to make, but it seems more than likely that he's run out of second chances."

With the interference call, Gudas picked up his first penalty since returning from a 10-game suspension in November for slashing Mathieu Perreault of the Winnipeg Jets.

TSN Director of Scouting Craig Button argued Thursday that despite his history, Gudas does not deserve further discipline for the incident. Button believes Gudas was attempting to avoid contact when the two collided.