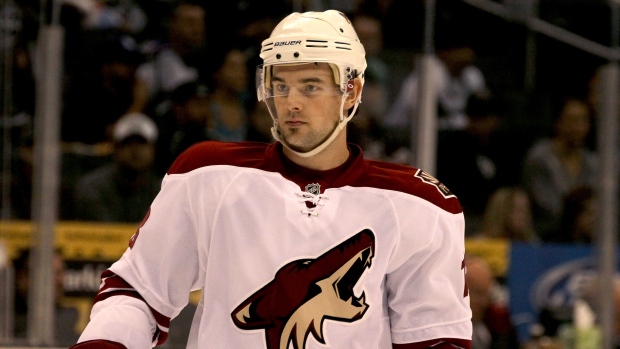 TSN today announced that Toronto native and former NHL centre Patrick O’Sullivan is joining TSN 1050 Radio in Toronto as an analyst for the station’s live radio coverage of the Toronto Maple Leafs.

O’Sullivan joins TSN 1050, the Maple Leafs’ official radio broadcaster, for pre-game, intermission, and post-game coverage alongside host Jim Tatti. TSN 1050 drops the puck on the new Toronto Maple Leafs season with the opening game as the team faces off against the Ottawa Senators on Wednesday, Oct. 12 at 6:30 p.m. ET on TSN Radio 1050 in Toronto.

O’Sullivan will also make regular appearances on TSN 1050’s fan-favourite LEAFS LUNCH, which airs weekdays at 12 noon ET. Hosted by Andi Petrillo, LEAFS LUNCH breaks down everything happening with the Blue and White along with the biggest stories from around the world of hockey.

“I’m very excited to start a new chapter and join TSN’s fantastic team,” said O’Sullivan. “The Leafs have a roster full of great young players, and I can’t wait to draw on my experiences in the league to break down what should be a very interesting season.”

“As an NHL veteran, Patrick brings a wealth of knowledge and insight to the table,” said Jeff MacDonald, Program Director, TSN Radio 1050 in Toronto. “Patrick is a great addition to TSN 1050’s roster of Insiders and analysts who make our game broadcasts and daily shows the destination for comprehensive Leafs coverage.”

O’Sullivan, a former second round pick of the Minnesota Wild, joins TSN following an extensive professional hockey career in which he suited up for the Los Angeles Kings, Edmonton Oilers, Carolina Hurricanes, and Phoenix Coyotes.

O’Sullivan also released a book in 2015, Breaking Away: A Harrowing True Story of Resilience, Courage, and Triumph, chronicling his experiences with abuse throughout his hockey days in his youth.