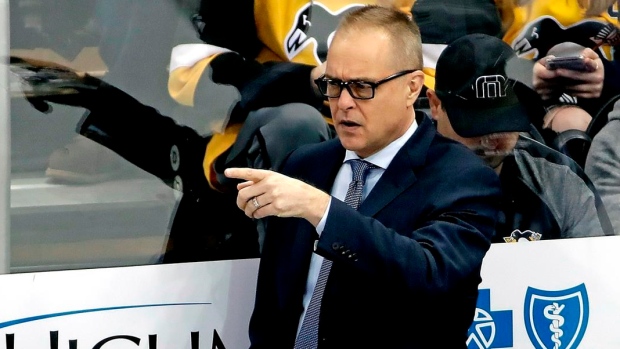 It's do-or-die time for the Winnipeg Jets who trail the Calgary Flames 2-1 in their best-of-five series, but head coach Paul Maurice doesn’t want to see his team overthinking on the ice Thursday night.

"What you want to do in any elimination game is play without that fear, so you can mentally free yourself up," Maurice said Wednesday, per NHL.com. "You almost play with - looseness isn't the right word because you think of casualness - it's playing without fear, and that can drive you. Sometimes the team whose back is against the wall has that extra bit of jump in its step. We needed the day off today, and we'll be a much quicker team tomorrow."

The Jets could be without four key forwards in Mark Scheifele, Patrik Laine, Mason Appleton and Mathieu Perreault in Game 4. None of the four skated Wednesday, when the majority of the team was given a an off-day after back-to-back games. Maurice said their status would be determined at Thursday morning's skate.

"It's all medical now," Maurice said. "When we get a guy on the ice, he's a lot closer to playing, but I won't have that knowledge of the situation until tomorrow."

Scheifele, who finished tied for the team lead in points during the regular season with 73 in 71 games, was injured in the first period of Game 1, playing just 2:59 in the game. Laine and Appleton were also both injured in Game 1, while Perreault was injured in Tuesday's Game 3 loss.

The Jets, who entered the play-in round as the No. 9 seed in the Western Conference, were eliminated in the first round of the playoffs last season, falling to the St. Louis Blues in six games.