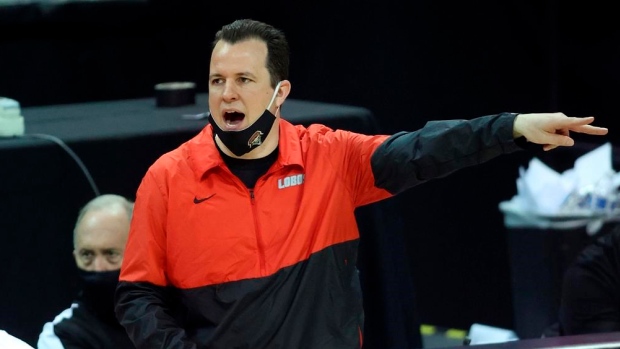 TORONTO — Paul Weir has been named head coach for Canada's team at next month's FIBA U19 Basketball World Cup.

Patrick Tatham, Shawn Swords, and Justin Serresse will serve as assistants on Weir's staff at the tournament, scheduled for July 3-11 in Riga and Daugavplis, Latvia.

Weir was an assistant on Roy Rana’s staff that won a gold medal at the FIBA U19 World Cup 2017 in Egypt.

The Toronto native spent the last four seasons coaching the University of New Mexico in NCAA Division I. He posted a record of 58–63 before parting ways with the school after last season.

He coached a New Mexico State team to a 28-6 record and an appearance in the NCAA men's championship tournament in 2016-17.

Previously, he was an assistant coach with a New Mexico State team that featured Toronto Raptors forward Pascal Siakam.

"Having been a part of this experience before, I am incredibly grateful to be able to take this journey again with an amazing group of players and staff," Weir said in a release. "We are honoured to represent our country in the beautiful game of basketball and look forward to a successful campaign."

Canada is in Group A at the tournament along with Senegal, Lithuania, and Japan.

All teams qualify for the round of 16, where they will cross between Groups A and B and C and D.

The winners of the round of 16 games advance to the quarterfinals, while the losers move on to the classification games for places 9-16.