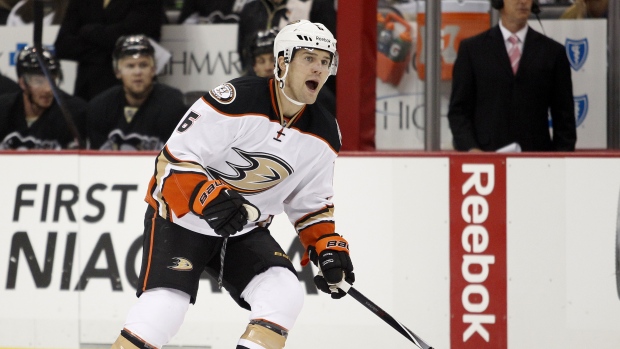 The Pittsburgh Penguins have acquired defenceman Ben Lovejoy from the Anaheim Ducks in exchange for defenceman Simon Despres.

In 40 games with the Ducks this season, Lovejoy has scored one goal and 10 assists. He was a member of the Penguins between 2008 and 2012.

He has one year remaining on a three-year deal worth an average annual value of $1.1 million.

In 144 career games with the Penguins, Despres has scored five goals and 28 assists.