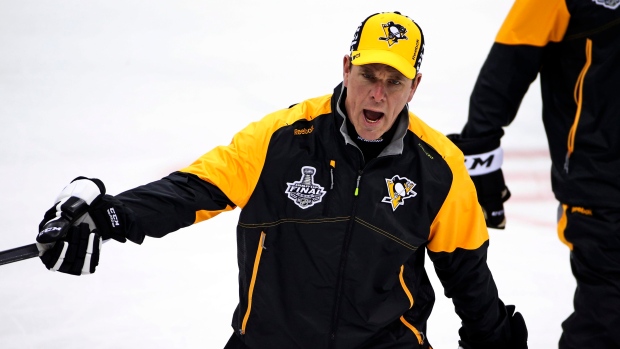 Winning a Stanley Cup comes with its rewards.

The Pittsburgh Penguins announced on Monday that the team has signed head coach Mike Sullivan to a three-year contract extension that takes him through the 2019-20 season.

A native of Marshfield, Massachusetts, Sullivan took over as bench boss on December 12, 2005 after the firing of Mike Johnston and guided the Pens to their first Stanley Cup since 2009 last June.

"Mike did the best coaching job in the NHL last season," Pens general manager Jim Rutherford said in a statement. "He continues to be a terrific coach and we are happy to give him a well-deserved extension."

The Penguins are 22-8-5 this season, one point behind the Columbus Blue Jackets for first place in the Metropolitan Division and the NHL's best record.

The Pens return to action after the NHL's Christmas break on Tuesday night when they visit the New Jersey Devils.