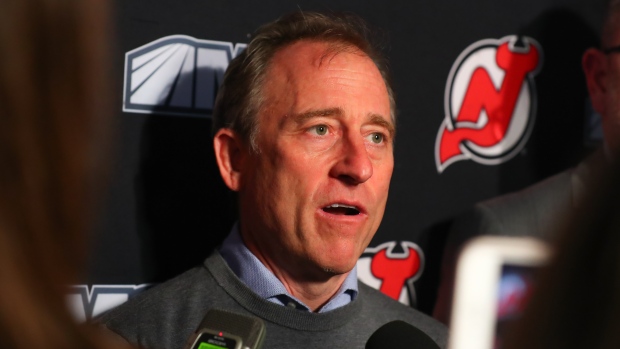 Harris Blitzer Sports & Entertainment, the company that owns both the NBA's Philadelphia 76ers and NHL's New Jersey Devils, has reversed course on a planned salary reduction for some members of its staff, the organization announced on Tuesday.

A statement from Josh Harris, Managing Partner of HBSE: https://t.co/mvmg1kuzPW

“Our commitment has been to do our best to keep all of our employees working through this very difficult situation.  As part of an effort to do that we asked salaried employees to take a temporary 20% pay cut while preserving everyone’s full benefits -- and keeping our 1500 hourly workers paid throughout the regular season. After listening to our staff and players, it’s clear that was the wrong decision. We have reversed it and will be paying these employees their full salaries. This is an extraordinary time in our world - unlike any most of us have ever lived through before - and ordinary business decisions are not enough to meet the moment. To our staff and fans, I apologize for getting this wrong.”

Reports surfaced in the New York Times on Monday that the company planned a temporary 20 per cent pay cut for salaried employees that were making more than $50,000 in order to avoid layoffs.  The team later confirmed those reports.

According to the initial report, contracted employees, such as members of the 76ers' coaching staff and front office, were also asked to participate in the program, but could not be forced to do so.

Following the announcement, 76ers centre Joel Embiid tweeted his support for the change of plans.

In these trying times, I’m proud of the Sixers organization for reversing course and “doing a 180”. Let’s focus on beating this Coronavirus now. Let’s be responsible and Trust the Process!!

"In these trying times, I’m proud of the Sixers organization for reversing course and “doing a 180”," Embiid posted on Twitter.  "Let’s focus on beating this Coronavirus now. Let’s be responsible and Trust the Process!!"