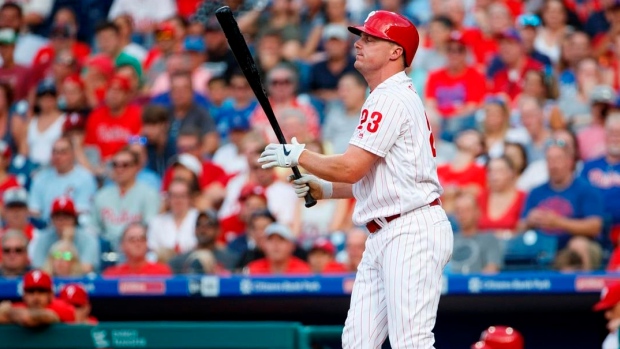 Bruce was injured on a checked swing in the third inning of the Phillies' 9-8 comeback win over the Los Angeles Dodgers on Tuesday night.

He is batting .256 with 10 homers and 29 RBIs in 33 games with the Phillies since being acquired from the Seattle Mariners on June 2.

"You lose a veteran presence who understands how to approach most pitchers and has a lot of experience against many of them," Kapler said. "He gives you a high quality veteran at-bat. That profile, along with his production, is difficult to replace."

Williams is batting seventh and starting in left field for Wednesday night's game against the Dodgers. He is hitting .173 with a homer and four RBIs in 50 games with Philadelphia this season.