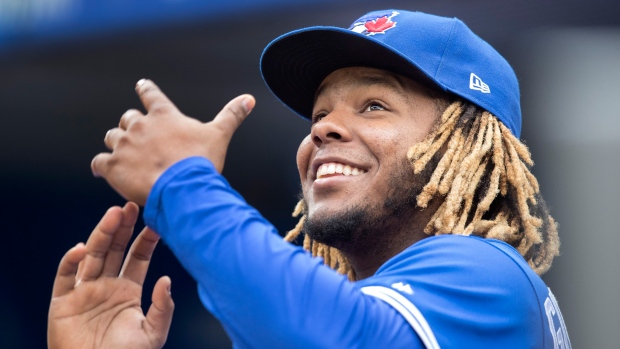 Vladimir Guerrero Jr. was the talk of baseball last spring.

Most analysts predicted he would be the American League Rookie of the Year. There was so much hype and anticipation about his arrival in Toronto. After a slow start, the No. 1 ranked prospect in baseball bounced back, hitting .312/.380/.514 with seven home runs and 36 RBI for the Blue Jays in July and August combined.

He finished the season with more than respectable numbers for a 20-year-old. Of course, some were still disappointed because they had unrealistic expectations, or they just forgot that the Jays third baseman was just a youngster.

This is a new season and optimism abounds once again. The focus this year is more on the team than just Guerrero. The attention and lofty expectations – and the pressure that comes with it – have been placed on the entire clubhouse, not just him. Bo Bichette, Cavan Biggio, Lourdes Gurriel Jr. and Hyun-Jin Ryu have also helped build the level of excitement around the team.

Guerrero will breathe a little more freely this year than he did when his big-league career started on April 26 of last year. I expect he will have a breakout sophomore season. His issues last year over 123 games weren’t ability based, but rather about his inexperience and immaturity. Initially, he tried to do a bit too much, leading to him to struggle. He had never really failed in the minor leagues so it was a new learning experience for him. But he proved that he can work through a slump.

Jays hitting coach Guillermo Martinez told me that he spends a lot of his time talking to Vladdy about his preparation and process. If Junior is in the right frame of mind and has the right plan, the at-bats will take care of themselves.

Guerrero possesses the type of thinking that the great hitters have. He told me that he feels the same way about himself after a game in which he goes 0-for-4 as he does if he is 4-for-4 with two doubles and a homer. All of the great hitters trust the process and over time they put up the numbers. He did it last year and will likely do it for the next 15-to-20 years as well.

Defensively, the Jays have a plan to improve Guerrero’s play based upon positioning. Last year, he set up somewhat shallow as the pitch went to the plate. But he wasn’t getting to as many balls to his left and right as he should have, so they moved him back much deeper. However, the Jays quickly realized from that depth he was having difficulty getting to balls that were chopped slowly down the third base line. So this season, he will be splitting the difference a bit in his positioning to be able to get to as many balls as possible. 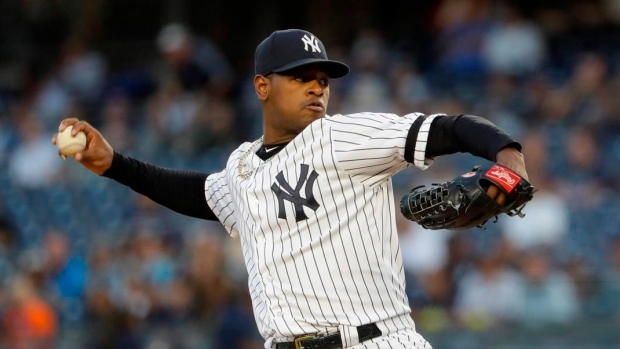 Former New York Yankee great Yogi Berra, known for his malapropisms, once said, “It’s like déjà vu, all over again.” That is what the Yankees are feeling this spring.

They set a record for having a total of 30 injured players in 2019, and this season is not looking much different. They have already lost lefty starter James Paxton (back surgery), righty Luis Severino (elbow) and outfielder Giancarlo Stanton (calf strain) to injuries. Paxton should be back by the middle of May and Stanton within a week or two of Opening Day, while Severino is lost for the year as he needs to undergo Tommy John surgery.

Despite the record number of injured players a year ago, the Yankees still won 103 games. New York GM Brian Cashman has done a great job with building depth to protect the team.

The signing of free-agent pitcher Gerrit Cole gives the Yankees impact as well as depth. But Cole can’t pitch every day. So they will have to rely upon veteran Masahiro Tanaka and former Blue Jay J.A. Happ, plus a number of young pitchers like Jordan Montgomery, Michael King, Luis Cessa, Deivi Garcia and Jonathan Loaisiga. Domingo German won 18 games for the Yankees in 2019 as he filled in for Severino. He’s serving an 81-game suspension through the first week of June after being placed on administrative leave last September for violating MLB’s domestic violence policy.

The Yankees have just enough depth, even after the losses of Paxton and Severino. But if another starter is injured, then they may become desperate. That would be a bad place from which to have trade discussions. It may serve Cashman better to make a deal now.

There aren’t any impact starters available in the free-agent market but there could be a few potential trade targets that Cashman might consider.

The San Francisco Giants are a long way away from being a playoff team, which would make Johnny Cueto and Jeff Samardjzia interesting targets. The Detroit Tigers aren’t going anywhere this season, except on the road to another 100-loss season, which should make lefty starter Matt Boyd available. Detroit has asked for the moon in past trade discussions regarding Boyd, but at some point, they have to take what they can get.

The Yankees’ injuries along with the Boston Red Sox trading away Mookie Betts and David Price has weakened two of the top three teams (also the Tampa Bay Rays) in the AL East that are thought to be ahead of the Blue Jays. The Red Sox have just four starters listed on their depth chart and that is before any of their injury-prone starters are even on the injured list. They are extremely vulnerable.

Nobody is going to feel sorry for the Yankees and Red Sox, especially not the Jays who are hoping to move on from being the rebuilding team they were last year to being a competitive team this year to a contending team next year. 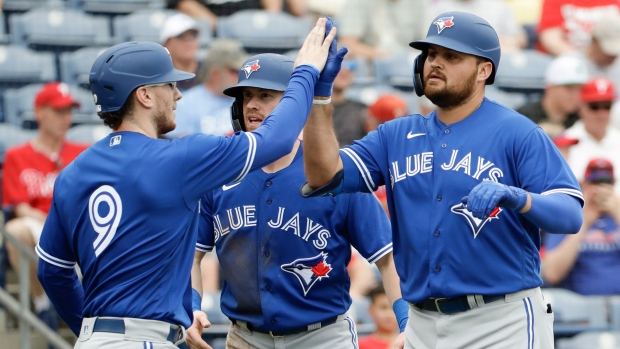 -The energy around Jays camp has been very good. The youthful exuberance of the core is contagious. This is a group that plays the game and doesn’t look at it as being a job.

-The Jays young pitchers have actually thrown well so far. Scouts were impressed by the “big arms” the Jays threw at the Yankees on Tuesday in Dunedin. It was top prospect Nate Pearson who struck out the side in the first inning, followed by Julian Merryweather, Patrick Murphy and Yennsy Diaz. All of them threw their fastballs in the 95-to-98 mph range and had overpowering stuff.

-Hyun-Jin Ryu went two solid innings in his first start of spring training on Thursday. He allowed three hits, including a home run but he threw strikes, got three ground outs and two strikeouts. Overall, it was a solid outing from the team’s new ace who signed in the off-season. Remember, for veterans the results matter less than health and preparation.

-A story broke this week about Arizona Diamondbacks pitcher Madison Bumgarner having participated in rodeo events during the off-season under the alias of Mason Saunders. It seems funny, but it would be a very serious matter if I were the Arizona general manager. Bumgarner didn’t alert the team to his participation and it is a violation of his contract. If he were to get injured, the team could void his contract by converting it to a non-guaranteed deal. I suspect he will not be doing anything like this again until he retires, because the club extended a five-year $85 million contract in the off-season and baseball should be his exclusive priority.

- Congratulations to veteran umpire Kerwin Danley, who has been named a crew chief for the 2020 season. Danley is an excellent umpire with a great disposition. Players, coaches and managers around the game really respect the 58-year-old. It is an historic assignment as he becomes the first African-American crew chief in baseball history. Certainly, it’s something to celebrate during Black History Month. On the other hand, it is rather surprising that it has taken this long to make history.