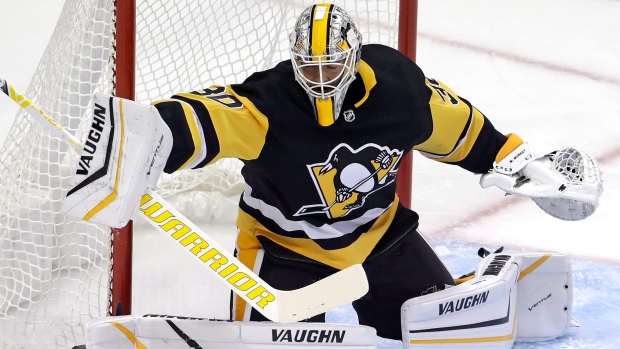 The Pittsburgh Penguins may be leaning towards Matt Murray as their starting goalie when the Stanley Cup qualifiers begin, according to a report this week from The Athletic.

"You could see [Matt] playing at a more consistent level in the second half of the season," Penguins head coach Mike Sullivan said. "We really liked the way he was trending. He certainly has shown, in my time with him, that he's a better goaltender in the second half of the season and into the [Stanley Cup Playoffs]. His track record speaks for itself. He's a good goaltender in this league."

Pittsburgh is the No. 5 seed in the Eastern Conference and will play the No. 12 seed Montreal Canadiens in a best-of-five qualifying series with the winner booking a spot in the playoffs.

Murray backstopped the Penguins to back-to-back Stanley Cup championships in 2016 and 2017. Although it's up to Sullivan to who will be in net, Penguins general manager Jim Rutherford said in May he expected Murray to start when the season eventually resumed.

"He's the guy with the experience that time of year, he's the guy that has had so much success in the postseason, and he was starting to play really well," said Rutherford. "I could sense him really playing better and gearing up for the playoffs. He's done it before. We were quite pleased with how his game was coming along."