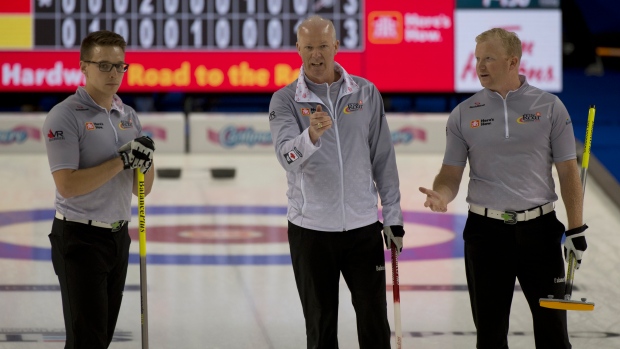 The player on Team Glenn Howard that received a notification on their COVID Alert App this weekend, which forced the Stu Sells Oakville Tankard to be stopped prematurely, has tested negative for the coronavirus.

The app alerts people who have been in close contact with someone who has tested positive for COVID-19.

"On Sunday morning, a member of our team was made aware he had been in contract with a positive case of COVID-19 through the COVID Alert App," the team said in a release. "We notified the event organizers and club immediately, and withdrew from the event. All the teams, organizers and club staff took quick action and, as a group, decided to cancel the playoff round out of an abundance of caution.

"Team Howard has since been isolating, and today, the team member received confirmation of a negative test result."

Despite the playoff round being cancelled on the men's side, the women's draw went ahead with Jennifer Jones winning the bonspiel taking place at the KW Granite Club.

"The COVID App worked as it should, and the KW Granite went above and beyond to make the players at the event feel safe," Team Howard said.

The KW Granite Club is scheduled to host the Stu Sells Toronto Tankard this weekend.