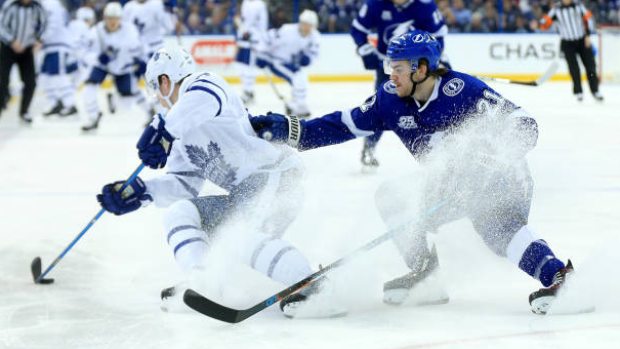 Brayden Point is following fellow restricted free agent Mitch Marner in putting off contract talks until after the season is over.

The Tampa Bay Lightning forward confirmed to TSN Hockey Insider Pierre LeBrun this week that he will not open contract talks until after the season.

LeBrun reports that Point, who has a career-high 37 goals and 83 points through 68 games this season, first told the Lightning he planned to hold off negotiating in November.

Auston Matthews became the first big name in the 2019 restricted free-agent class to sign an extension last month, when he inked a five-year, $58.17 million contract with the Maple Leafs. Point told LeBrun that he's not using Matthews' contract as a measuring stick.

“I mean it’s great for him, fantastic, he’s obviously a super talented player and definitely deserves it,” said Point. “But I don’t really look at that as a comparable to me. He’s such a talented player, so, so good. I really don’t focus too much on that when it concerns myself I guess.”

Marner, who sits one point back of Point for 11th in the NHL scoring race, elected prior to the season to play out the final year of his entry-level contract.