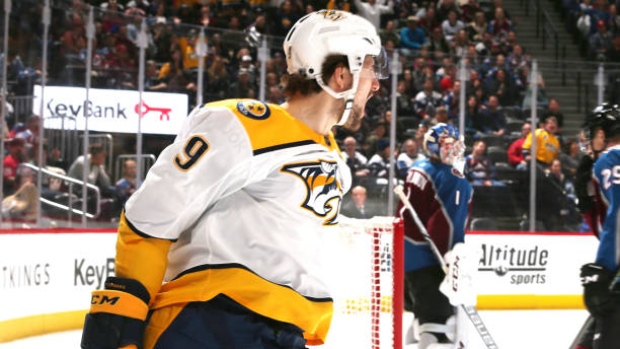 NASHVILLE — The Nashville Predators placed forward Filip Forsberg on injured reserve Friday in just one of their updates on an injury list that keeps growing longer.

Right wing Mathieu Olivier will miss four to six weeks with a lower body injury after being hurt in the second period of Thursday night's 7-1 win over Detroit. He limped to the dressing room trying to keep the weight off his right skate after blocking a shot, then returned five minutes later in the second period. He was ejected for fighting Adam Erne after he boarded Nashville teammate Matt Benning.

The Predators have won nine of 10 and 11 of 13 to climb into the fourth spot in the Central Division. They currently have 45 points, a four-point edge over Chicago, after being 28th overall in the NHL standings in late February. Nashville now is 14th overall.

Forsberg is the Predators' leading scorer with 29 points through 34 games but already has missed seven games with an upper-body injury. Tolvanen ranks fifth with 19 points in 31 games.