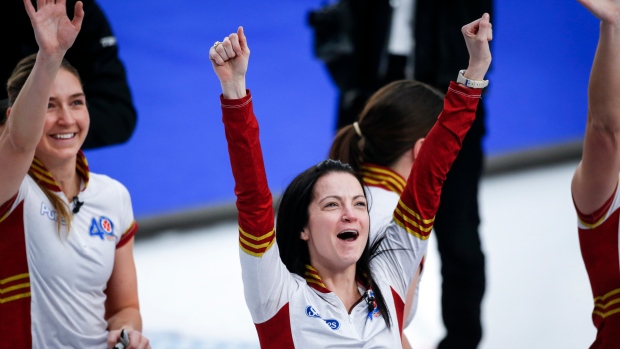 The 2022 Scotties Tournament of Hearts is finally here and that means it's time to make some bold predictions.

The 18-team field that will begin their pursuit of Canadian curling glory Friday night in Thunder Bay is filled with some of the best rock throwers in the nation, so picking a winning is no easy feat.

Note: Tracy Fleury, skip for Wild Card 1, was one of two participants in this year's Scotties Tournament of Hearts that tested positive for COVID-19 on their pre-departure PCR tests. However, Team Fleury says the skip could return to the team as soon as this weekend. 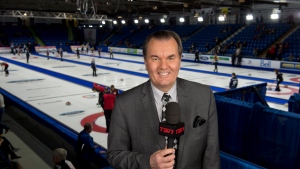 Kerri Einarson wins her third straight. She's been there and done that. Although they came up short in the trials, Team Einarson is just that good.

For the playoffs, coming out of Pool A will be Tracy Fleury if her game is settled after the Trials and a crash at the Manitoba provincials. Joining her will be Chelsea Carey, she's a winner. The third spot will come down to Team Rachel Homan (can Emma Miskew handle the skipping?), Krista McCarville playing at home and Suzanne Birt, who seems to be playing better all the time. The final spot will go to Team McCarville, who just missed out at the Trials. They will need that again plus a little more in Thunder Bay.

For Pool B, Einarson, Laura Walker and Mackenzie Zacharias have the top three.

Dark horse is Mary-Anne Arsenault and her team turning back to the clock.

Tracy Fleury wins her first Canadian women’s title, bouncing back from a heartbreaking run at the Trials, and disappointing Manitoba provincials. This team’s motto is "You either win or learn.” I think they have learned many valuable lessons and it’s time for the podium.

The Page 1 vs. 2 game will feature Team Kerri Einarson vs Team Fleury. For Team Canada, winning a third straight Canadian title would take the sting out of not standing on the podium at the Olympic Trials and put them in a very elite category.

Page 3 vs. 4 game will feature Team Rachel Homan vs Team Laura Walker. Emma Miskew will be reinvigorated, temporarily taking over the reins for Rachel at the T-head. Sarah Wilkes will be playing third and has the experience of winning a Canadian championship playing third for Chelsea Carey in 2019. Team Walker has been inching closer to the podium with each event they play in. That experience combined with a team that is learning how to win together will make them tough to beat.

The other two playoff contenders will be Carey who just knows how to win Canadian championships with first year teams and Team Mary-Anne Arsenault, who together with Kelly Scott’s old team have too many Scottie appearances to count!

Not only does Pool A have the No. 1 team in the world in Fleury, but also a two-time Canadian champion in Chelsea Carey and a three-time Canadian champion in Team Rachel Homan. Add to that, four very solid teams led by Penny Barker, Krista McCarville, Andrea Crawford and Suzanne Birt. All four of these teams are much better than their CTRS rankings because they don’t play a full schedule, or play locally, for less points. This adds up to seven good teams with only three advancing. Fleury is a safe choice, then McCarville and Homan, skipped by Emma Miskew.

In Pool B, you can’t go wrong with Einarson, the two-time defending champion or Walker last year’s bronze medalist. Both are very dependable and with the weaker pool should get through. The last spot in my humble opinion is between the former world junior champion in Mackenzie Zacharias of Manitoba and the former world champion in Mary-Anne Arsenault of British Columbia. Go with the experience of Team Arsenault.

When it comes to a dark horse, Team McCarville are an extremely consistent foursome that's capable of beating any team in the field. McCarville's delivery is close to perfection, allowing her to execute a high degree of difficult shots, hopefully when it really matter. This team has been close before and this time it's a home game. Team McCarville doesn't play as much as the top seeds, but don't let that fool you, they're motivated for Thunder Bay. 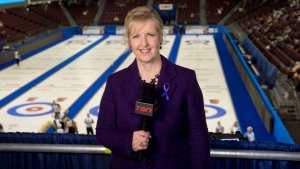 Three-peats are not easy but Team Kerri Einarson has just too much pure talent at each position to ignore. While the season has been quieter, after two world championships for Kerri last year, it was likely needed. Reid Carruthers stepping in the coaching role will bring a new energy to the team. His focus on strategy and brushing will energize and elevate this team to a new level.

For a dark horse, keep an eye out for Mackenzie Zacharias. This is a very good young team with all the shots to be competitive in this field. The Achilles' heel has been strategy errors and timing of misses and inability to quickly recover from them. The addition of their team leader from their world championship win in Lori Olson-Johns makes her the fifth in the field that can have the most significant impact on a team. Seeing this team in the final four would not be a shock. 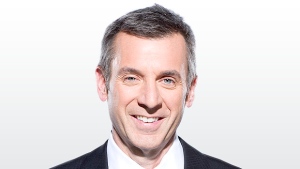 Team Kerri Einarson have been the best and most consistent team in the land over the last few years. After coming up a little short at the Trials, they are rested and ready to go for a three-peat, which they will secure with a win over Team Fleury in the final.

For a dark horse pick, Hollie Duncan's Ontario team got caught in the middle of a controversy that was none of its making, but despite all that, this squad is very talented and is more than deserving of its spot in this field. The lack of crowds may help the rink, that has limited Scotties experience, ease into the week.

In 2014 Rachel Homan took advantage of Jennifer Jones being at the Olympics and in 2018 Jones took advantage of Homan being at the Olympics. This year I believe its Team Canada that will take advantage of both those skips being in Beijing. They have not been dominant since the bubble, but it's strange that the two-time defending champions are under the radar. A three-peat would put them among the all time greats. Speaking of going for a third title, don’t count out Chelsea Carey who likes to win every three years – 2016, 2019 and 2022 maybe??

For a dark horse, I would love to go with one of the experienced East coast teams in Prince Edward Island or New Brunswick, but with Pool A being so deep it’s going to be hard to crack the top three, so I'm going to go with Manitoba and Mackenzie Zacharias. They are young, but winning Manitoba is never easy so the talent is obviously there. They also gained some valuable experience last year at the Scotties. They might have to hold off the veteran British Columbia team skipped by Mary-Anne Arsenault for that third spot in Pool B. Both making the final six would be a great story.

Laura Walker and Team Alberta are one of the few teams in this year's field that had the opportunity to compete in playdowns as most got cancelled due to COVID-19. Walker had to outlast tough teams led by Casey Scheidegger and Kelsey Rocque earlier this month to win Alberta and that recent competitive action could give her squad an edge at the Scotties. After a bronze medal performance inside the Calgary bubble last season, Team Walker will take the next step in Thunder Bay and capture their first Scotties title with a win over Team Einarson in the final.

As for a dark horse, British Columbia's Team Mary-Anne Arsenault are easily the most talented 14th seed in Scotties history. Arsenault's rink has a combined 11 Scotties titles and 38 total appearances at the Canadian championship. They might not be in the prime of their career anymore, but this foursome is loaded with experience and could be the No. 1 dark horse pick at this year's Tournament of Hearts.