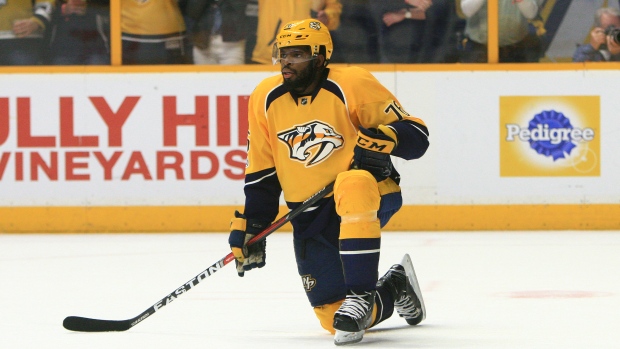 Nashville Predators defenceman P.K. Subban has been fined by the NHL for embellishment, the league announced Wednesday.

Subban will pay $2,000 for his transgressions, the penalty for receiving a second diving/ebellishment citation from the league.

In Game 4 of the second round playoff series between the Predators and Blues, Subban was checked into the boards by fellow blueliner Joel Edmundson. Subban collapsed to the ground holding his head and was taken to the locker room to be looked at. Edmundson was issued a roughing penalty while Subban was flagged with an offsetting minor for embellishment on the play.