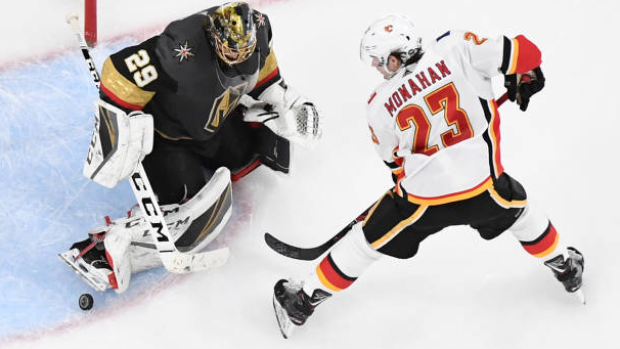 Thanks to the NHL’s division-based postseason format, we already have a very strong understanding of the likely first-round opponents for all four teams. It’s at this point of the regular season that I like to start assessing potential matchups and understanding more favourable and less favourable draws in the first round.

In that light, let’s take a look at all four playoff teams (including those pesky Montreal Canadiens), their likely first-round opponent(s), and how they have performed season-to-date against those respective teams. 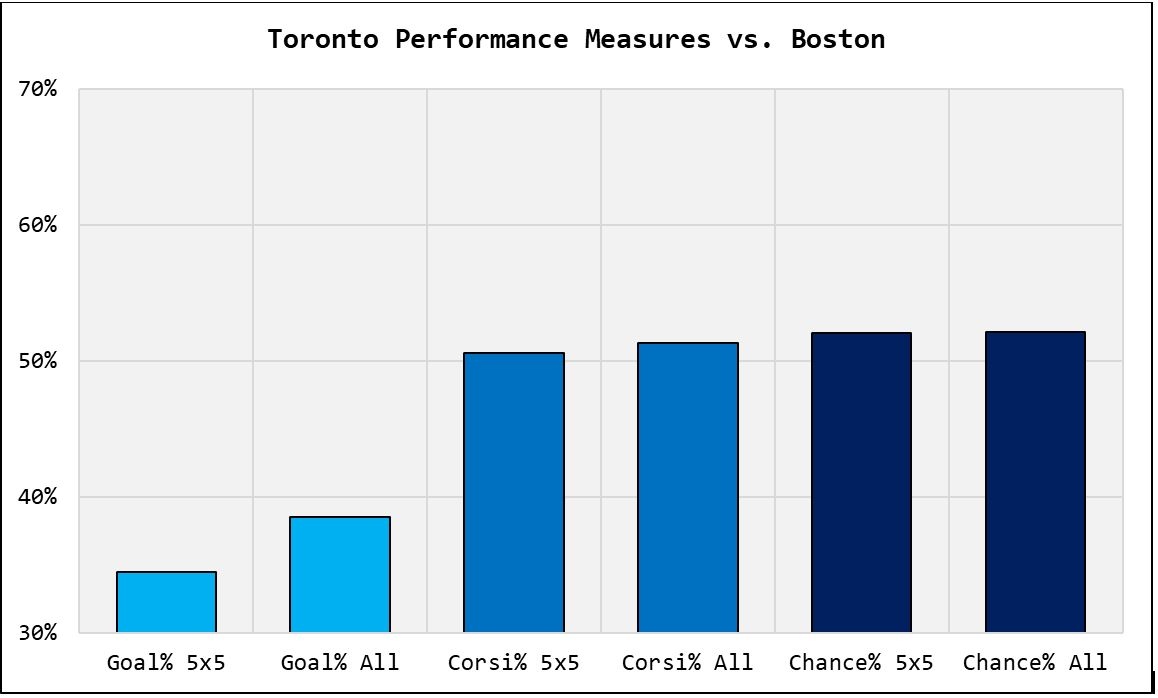 Every year we talk about how unkind the playoff format can be when there’s talent imbalance at the divisional level, and both the Atlantic and Pacific divisions are impacted by that imbalance this season.

At any rate, this is a killer draw for the Maple Leafs and they have compounded the issue by ceding ground to their division rival. Not only is Boston playing some of their best hockey of the season right now, but Toronto’s performance has slowed. At least some of that can be attributed to critical injuries, with the likes of Jake Gardiner, Nazem Kadri, Travis Dermott, and Kasperi Kapanen all missing time. Gardiner’s loss is the most important; Toronto’s blueline is relatively thin on talent relative to the rest of their roster and his “week-to-week” status is alarming this deep into the regular season.

Making matters worse, Boston has long been a thorn in the side of Toronto, and the same has been true this season. The Leafs are 1-3-0 and have been outscored 16 to 10 in those four games. But the good news is a lot of the goal differential is strictly related to Bruins goaltenders (generally Tuukka Rask) outplaying Leafs goaltenders (generally Frederik Andersen). In four games against the Bruins this year, Leafs goaltenders have posted an 88.1 save percentage; Bruins goaltenders, meanwhile, stopped 92.6 per cent of shots.

Toronto clearly has the talent to skate with any team in the league, but the Bruins are a particularly difficult matchup and it’s looking increasingly possible they will hold home-ice advantage, too. Either way, this could be one of the two best first-round matchups we have. (More on the second later!) 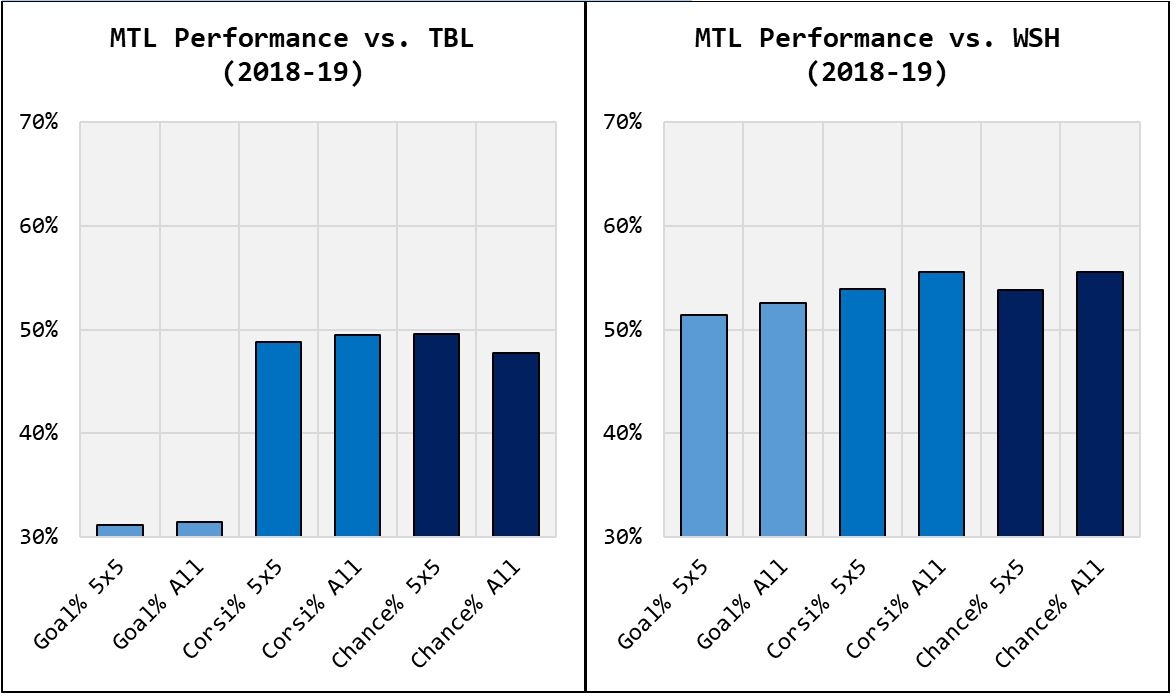 If Montreal gets in, it’s pretty likely they’ll draw the Tampa Bay Lightning, but the Washington Capitals remain an outside shot. Good for Montreal fans, I suspect.

Like every other team in the National Hockey League, no one should want to play Tampa Bay. The Lightning haven’t lost to the Canadiens all year and have carried the shot advantage and scoring chance advantage while racking up nearly 70 per cent of the goals in those three games. What’s particularly incredible is that Montreal only conceded two power-play goals in those three games – at 5-on-5, goals are 11-5 the way of Tampa Bay.

Washington poses a much more interesting matchup. The Capitals look like they’ll grab the top spot in the Metropolitan Division – the weaker of the two divisions in the Eastern Conference – but they haven’t looked nearly as strong as they have in prior years, including their Stanley Cup win in 2017-18. It’s hard to envision scenarios where an up-and-coming team wants to play the defending champions in Round 1, but avoiding Tampa Bay – and drawing into the Metropolitan Division for the second round in the event that they pull off the upset – is much more appetizing.

And hey, Montreal has been very competitive in the two games this season. They have carried 54 per cent of the shots and scoring chances at 5-on-5, and the goals have married up. So Montreal fans should be rooting for two things down the stretch: consistent winning to ensure they lock up a wild-card berth and degradation in the performance of the Metropolitan wild-card contenders (including Columbus, Carolina, and Pittsburgh) to ensure that those unlucky souls draw the crossover matchup with Tampa Bay. 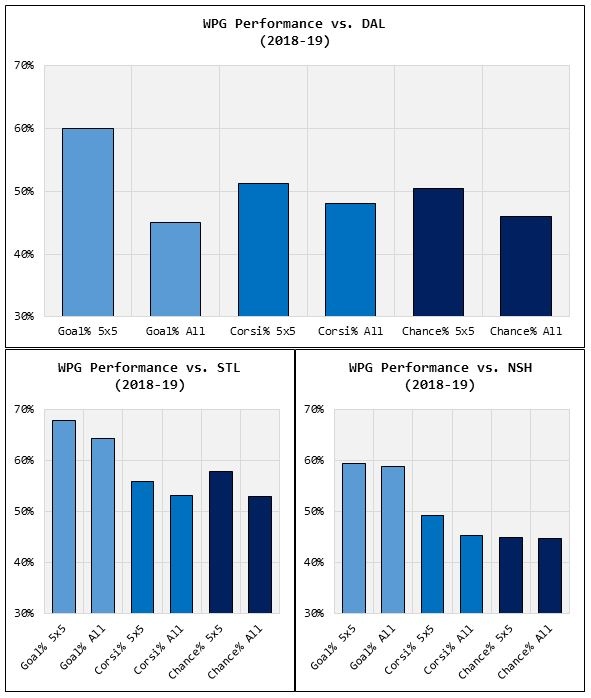 I didn’t even cover the full gamut of playoff possibilities here because there’s still a non-zero chance they could also draw the likes of the Arizona Coyotes, Minnesota Wild and Colorado Avalanche, depending on how the rest of the season shakes out. Right now Dallas is the slight favourite, but that will likely change a few times over before April comes around.

The interesting aspect of the Dallas matchup is that the Jets have largely outplayed the Stars over their four games, except when it comes to special teams. The Stars have put six power-play goals on the Jets, and that’s bad news from a couple of angles – namely that Winnipeg has intermittently had issues staying out of the penalty box and their kill rates (79 per cent; 24th in NHL) have been underwhelming most of the season.

Putting the power-play component aside, it’s hard to see Dallas as anything but a favourable matchup for the Jets. Winnipeg is a deeper team with more talent across the roster, and Dallas’ top-heaviness has consistently plagued them against superior Western Conference squads for years.

One additional note for Jets fans: The numbers against St. Louis look fantastic but are worth qualifying. All four games against the Blues this season came before Dec. 7, 2018. AT that point of the regular season, the Blues were 29th in the NHL and on pace for 73 points.

I think everyone recognized that the win/loss record was a bit cruel for a team that was seemingly playing well on most nights, but there is no doubt that the Blues have been a much better team since the calendar year turned. In fact, the Blues are the fifth-best team in the NHL in 2019, now playing at a 115-point pace. Some of that was finding goaltending in the form of Jordan Binnington, but some of that was about getting healthy, too.

Be careful what you wish for! 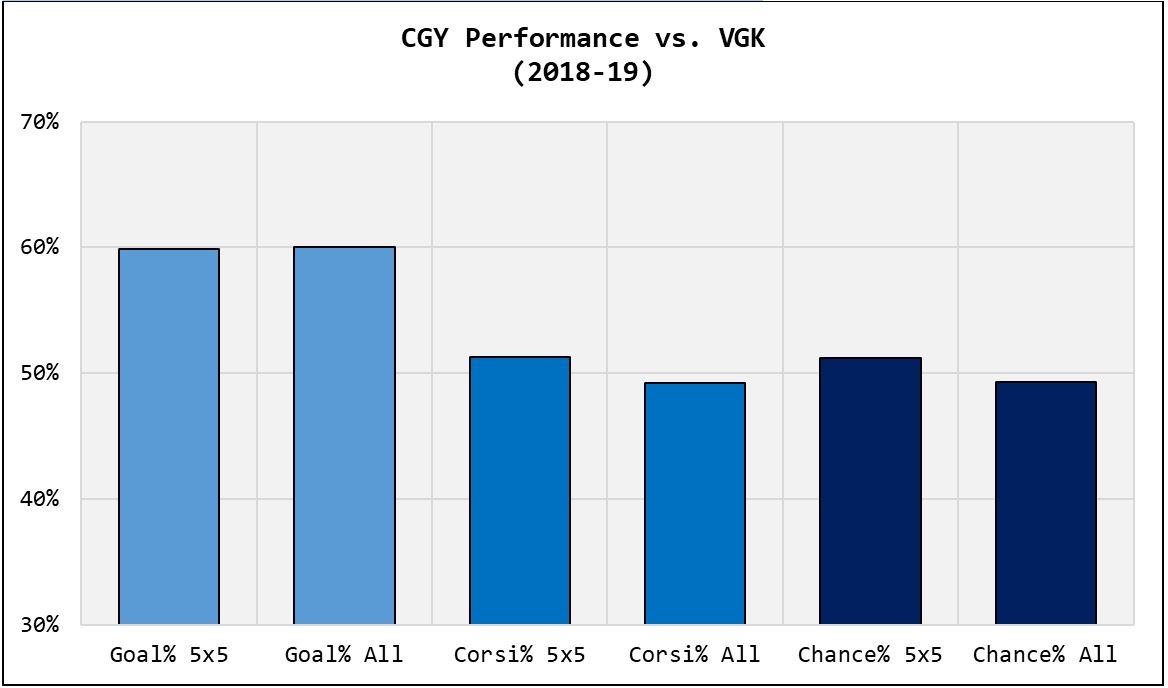 Similar qualifiers as the Winnipeg Jets here – there’s still a mathematical possibility (contingent on Vegas going in the tank and/or Calgary surging to win the division) that they could draw into a first-round matchup with the Arizona Coyotes, Minnesota Wild, Colorado Avalanche or Dallas Stars. But unlike Winnipeg (where all options are really on the table), Calgary’s first-round fate looks appears to involve facing the Vegas Golden Knights. In one of every two simulations of the remainder of the season, these two Pacific Division rivals meet.

Like Toronto, Calgary is staring down the barrel of a brutal first-round draw. The Knights have been an up-and-down team for most of the regular season but there is little doubt that they are a different animal with Mark Stone in the fold. There is a statistical case to be made that no team in the West has played Vegas tougher than Calgary season-to-date, largely because the Flames are one of a very few teams that has been able to slow the Knights down at even strength.

That’s good news if you are a Flames fan, but it’s simultaneously disappointing considering that Calgary has held the top spot in the West for the majority of the season. San Jose has become a runaway train the division and if they don’t slow down, Calgary is likely going to fall into another fatal two-versus-three divisional matchup against an equally game team.

One interesting wrinkle: Calgary’s power play has been foundational in their success this season. They get more power-play opportunities than any other team in the league not named Colorado, and convert on 22 per cent of those opportunities (10th in the NHL). But Vegas has notoriously carried an impressive penalty kill for two seasons now (tied for seventh at 82 per cent), and a lot of that has to do with the talent of Marc-Andre Fleury.

From a matchup perspective, these skater groups feel very even. But Fleury is the type of goaltender – especially considering what other matchup possibilities exist – that can single-handedly win a playoff series. Considering how many other playoff-bound teams are carrying weaker goaltenders, it further emphasizes something I argued more than two months ago: the Flames absolutely need to win the Pacific Division.