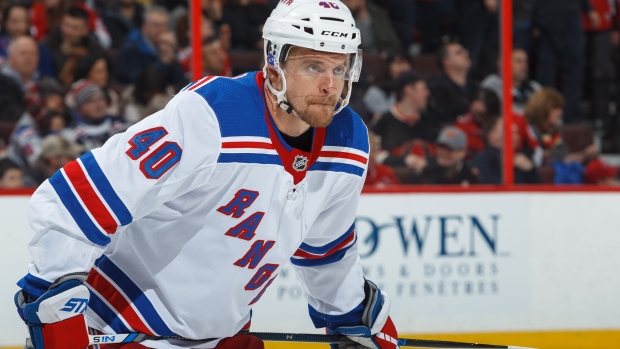 The New York Rangers have traded forward Michael Grabner to the New Jersey Devils for a 2018 second-round pick and prospect Igor Rykov.

Grabner to the Devils for a 2nd round pick and a prospect.

Hearing it will be a 2nd round pick and Igor Rykov. Stay tuned. https://t.co/z0fw51LVti

This is the first time the Rangers and Devils have ever completed a trade.

The 30-year old has 25 goals and six assists in 59 games with the Rangers this season.

Grabner has played with the Rangers, Toronto Maple Leafs, New York Islanders and the Vancouver Canucks over his nine-year NHL career. He was drafted 14th overall by the Canucks in 2006.

Grabner is in the final season of a two-year, $3.3 million contract and will become an unrestricted free agent on July 1.