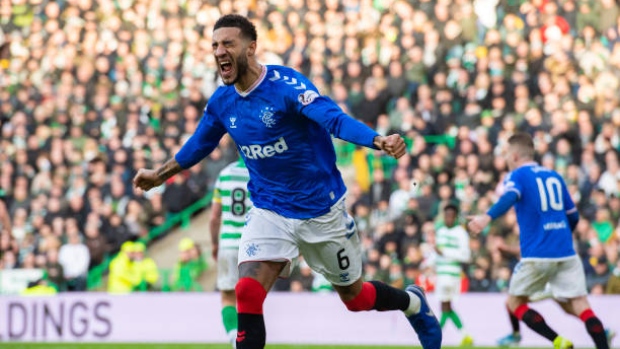 GLASGOW, Scotland — The Scottish title race opened up further Sunday when Nikola Katic's header gave Rangers a 2-1 victory over leader Celtic in the derby between the Glasgow rivals.

Rangers went two points behind Celtic with a game in hand in the pursuit of a first Premiership title since 2011 before the team's financial implosion forced it to start again in the fourth tier.

“This club hasn't had much success and joy here for a long time,” said Rangers manager Steven Gerrard, the former England and Liverpool captain. “We've come here and faced a real big challenge and again we've dominated the majority of the game, so my players deserve an awful lot of credit.”

The match at Celtic sparked into life in the 33rd minute when goalkeeper Allan McGregor saved Ryan Christie's penalty for the hosts after Katic pulled back Christopher Jullien in the area.

But Katic headed Rangers back in front 11 minutes into the second half, finding the net from Borna Barisic's corner.

Alfredo Morelos was shown his seventh red card for Rangers - and second in three matches - deep into stoppage time when he received a second booking for diving.