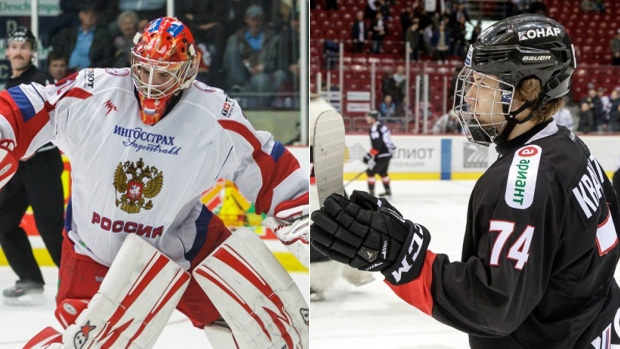 Kravtsov was selected ninth overall by the Rangers last June and posted eight goals and 21 in 50 games with the KHL's Chelyabinsk Traktor. The 19-year-old was ranked as the top NHL-affiliated prospect by TSN Director of Scouting Craig Button in January.

OFFICIAL: #NYR have agreed to terms on an entry-level contract with forward Vitali Kravtsov and with goaltender Igor Shesterkin. pic.twitter.com/HSQvRt6gbW

"Kravtsov is a highly skilled winger who is an offensive threat with his combination of speed, power, shot and finish," Button wrote at the time. "He’s expanding his game by playing centre this season. Kravtsov’s skill set, along with this adaptability, allows him to impact the game in multiple ways. His style of play is similar to that of the recently retired Rick Nash."

Shesterkin was drafted by the Rangers in the fourth round of the 2014 NHL Draft and has spent the past three seasons as the starting goaltender for SKA St. Petersburg in the KHL.