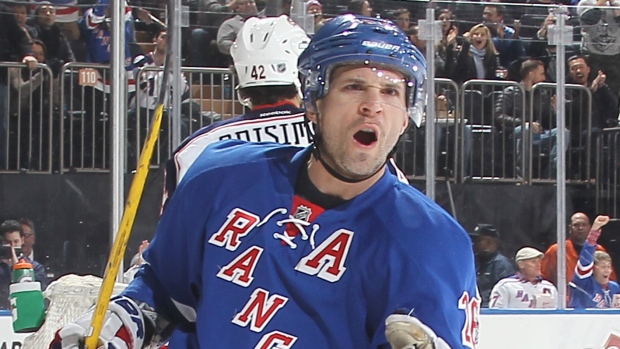 NEW YORK, N.Y. - It would seem there are two certainties ahead for the New York Rangers.

First, they will see some very familiar faces in the lineup of their opponent in the Eastern Conference finals: Tampa Bay's Brian Boyle, Anton Stralman and, if he recovers quickly enough from an appendectomy, former captain Ryan Callahan.

Second, they will play lots of one-goal games.

The series opens Saturday at Madison Square Garden, which former Lightning players Martin St. Louis, Dan Boyle and Dominic now call home. New York has played 12 post-season games this spring and all were decided by the slimmest of margins, four in overtime, including Wednesday night's 2-1 victory in Game 7 against Washington.

The Rangers also had two one-goal outcomes at the end of the 2014 Stanley Cup finals loss to Los Angeles; the 14 straight is a record.

"You have to be smart," captain Ryan McDonagh said after New York capped a comeback from a 3-1 hole in the series with Washington. "We talked about it ... to make sure shifts are short and you don't get overextended out there. We've been in situations like that before and we trust each other out there."

It helps to have an all-world goalie like Henrik Lundqvist, who made 35 saves before Derek Stepan's goal eliminated the Capitals. It helps to have no fear of overtime, in which the Rangers are 4-0 this spring, all by 2-1 scores.

And it doesn't hurt to know you can handle the toughest situations. The Rangers, who had the NHL's best record this season, are the only team to win a series after trailing 3-1 in successive years, doing the same thing to Pittsburgh in the second round in 2014.

"We have a good group that keeps their wits about them and keeps calm," said Stepan, who was mobbed by his teammates along the glass as Madison Square Garden shook from the cheers. "There is no real panic. We just go out and play. We just see what happens and we just play hockey."

They haven't played Tampa Bay since December, and the Lightning swept all three meetings. Boyle, a centre and penalty-killing fiend, and Stralman, one of the NHL's most underrated defencemen, joined Tampa Bay as free agents last off-season. Callahan was dealt for St. Louis at the trading deadline last year.

Lundqvist was having few, if any, thoughts about his former teammates, and Steven Stamkos and Tyler Johnson, the Lightning's top scorers.

"I am going to enjoy this tonight and maybe tomorrow; I don't even know when we start," said the third goalie with six Game 7 victories, joining Patrick Roy and Martin Brodeur. "It's a team that we obviously had some problems with during the season. If there is one thing I learned throughout the year, it's that the playoffs are a different story and I look forward to that challenge."

The Lightning eliminated Montreal is six games. They finished five points behind New York in the overall standings.

"I think our guys stay in the moment," said Alain Vigneault, a finalist for NHL Coach of the Year honours. "They stay in the present and focus on what needs to be done. They go out and play and have fun doing it."

But they make it difficult on their fans, if not on each other.

Indeed, the Rangers weren't a dominant home team this season. The Lightning were, posting the league's best home mark at 32-8-1. But New York had the best road record, 28-11-2.

Home-ice advantage barely has existed in this post-season.

So it's on to the final four for the Rangers.

"You tell your players to focus on their job and what they need to do and you (as coaches) are doing the same thing," Vigneault said. "There was a lot of atmosphere, there was obviously a tense moment, but the guys just play. It's probably more stressful for the fans watching the game than it is for us."