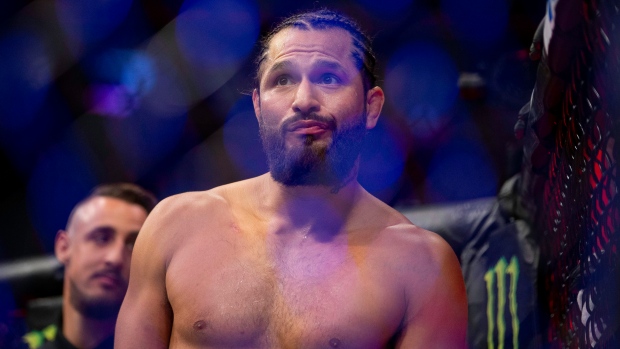 “Fight Island” is finally upon us as the UFC hosts its first, and undoubtedly biggest, of four events in Abu Dhabi on Saturday with UFC 251, which features three title fights.

Some interesting factors play into this event, most notably the temperature and the event’s start time.

The first bout will take place at 6 p.m. ET, which is 2 a.m. local in Abu Dhabi. The main card begins at 6 a.m. local time, which could certainly cause issues for those who are trying to stay on their regular time zone while ignoring their diurnal rhythms.

The temperature on Saturday is listed at a high of 41 C and the temperature when the event takes place will be anywhere between 35 C and 40 C, according to Accuweather.

However, the temperature is not expected to play a factor. According to MMA Junkie’s John Morgan, the arena temperature is quite comfortable. After some complaints about the heat at UFC 242, the previous event held in Abu Dhabi, the Department of Culture and Tourism have made providing a comfortable indoor climate a priority.

It is rare for a title challenger to accept a bout on short notice and come out on top. The most notable example being Michael Bisping’s win over Luke Rockhold at UFC 199, a bout that he accepted on roughly three weeks’ notice.

In this situation, Masvidal enters as a nearly two-to-one underdog, but much of the betting action has been on Masvidal.

According to Bet Online’s Dave Mason, nearly 90 per cent of bets on the main event have been on the underdog Masvidal.

Masvidal is a sizeable underdog because Usman has a major advantage in the grappling department. Takedown defence and wrestling have been a major point of emphasis for Masvidal, who has been training with wrestling Olympian Bo Nickal.

Usman rarely makes mistakes in the octagon, and he is undefeated since winning The Ultimate Fighter on what will be five years ago to the day when he enters the octagon to face Masvidal.

While Masvidal has the striking precision to finish anyone in the welterweight division, this matchup will be an uphill battle for the BMF champion, who accepted the bout on seven days’ notice.

The Most Significant Line Movement

Ribas opened as a -450 favourite and that number has skyrocketed all the way to -750.

VanZant has made no secret that this is the final bout on her UFC contract and the belief is that she will inevitably sign with rival promotion Bellator MMA, where her husband Austin Vanderford competes.

The UFC have given VanZant a difficult task in what could be her final UFC appearance when she faces the surging prospect Ribas, who has dominant wins over the likes of Canadian Randa Markos and jiu-jitsu world champion Mackenzie Dern.

While VanZant is the rightful underdog, this could be the betting public’s overcorrection of the steering wheel as this should be a competitive bout.

Namajunas expected to get revenge on Andrade

Namajunas lost the women’s strawweight title in her last bout, which was against Andrade, her upcoming opponent at UFC 251.

The betting public seems to believe that it was a fluke, based on the line movement.

Namajunas looked fantastic in the first round of her previous bout against Andrade, until she attempted to lock in a crafty submission while she was being lifted off of her feet by Andrade, who proceeded to slam her to the mat with a scary knockout, earning her the women’s strawweight title.

Andrade would go on to lose the championship to Zhang Weili three months later in just 42 seconds.

With both coming off of losses, this bout has major ramifications at the top of the strawweight division. Many are banking on Namajunas learning from the mistake that caused her to lose to Andrade, keeping the fight on the feet and outpointing the more brawling-style Andrade with her technical striking.

- Usman has been the favourite in 11 of his last 12 bouts
- This is the sixth time in his last seven bouts that Masvidal is the underdog. He went 3-2 in those bouts
- This is only the second time that Max Holloway has been an underdog in the last five years. He won his previous fight as an underdog when he defeated Jose Aldo to capture the featherweight championship.
- Petr Yan has been at least a two-to-one favourite in all of his UFC bouts
- VanZant has never won as an underdog in the UFC