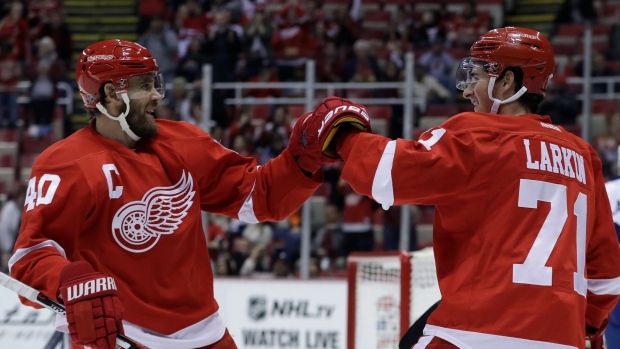 DETROIT — Anthony Mantha scored the tie-breaking goal midway through the third period as the Detroit Red Wings edged the Toronto Maple Leafs 4-3 on Saturday in both teams' final pre-season game.

Toronto, which opens the regular season Wednesday against the Senators in Ottawa, wrapped up its exhibition schedule with three straight losses for a 2-4-2 record.

Gustav Nyquist had a goal and an assist for Detroit (6-1-1) and Dylan Larkin and Brendan Smith also scored.

No. 1 draft pick Auston Matthews had two assists for the Maple Leafs, setting up Zach Hyman in the second period and William Nylander in the third. Brooks Laich also scored.

The Red Wings raced out to a quick 2-0 lead on Nyquist's and Larkin's first-period goals.

Hyman cut the lead in half 16:49 into the second before Smith restored Detroit's two-goal advantage.

Nylander and Laich scored 12 seconds apart within the opening minute of the third to tie the game 3-3 before Ericsson beat Toronto's Frederik Andersen with the winner at 11:57.

Petr Mrazek stopped 29 shots for the win. Andersen made 19 saves in the losing effort.