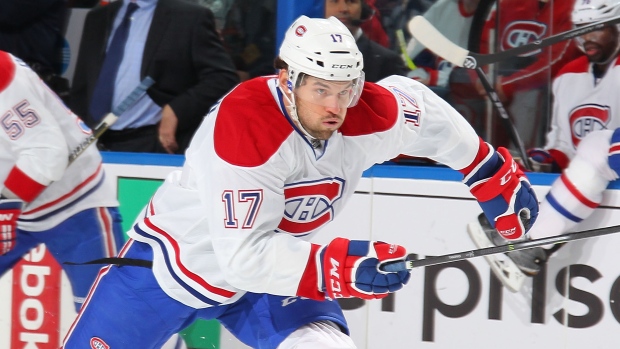 Tangradi was an unrestricted free agent after playing in the Montreal Canadiens organization last year. The Philadelphia native appeared in 48 games for the AHL Hamilton Bulldogs with 14 goals and 17 assists.

He also played in seven games for the Canadiens but did not register a point.

The 26-year-old has five goals and 10 assists in 143 career NHL contests with Pittsburgh, Winnipeg, and Montreal. He was a second-round pick of the Anaheim Ducks in 2007.