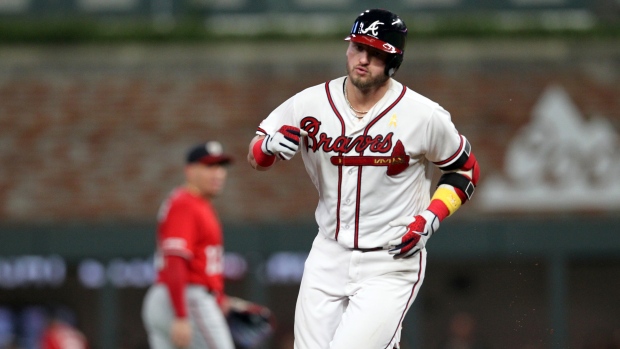 The Minnesota Twins and third baseman Josh Donaldson have agreed to terms on a four-year contract, according to MLB.com executive reporter Mark Feinsand.

BREAKING: Per source, 3B Josh Donaldson has agreed to a four-year deal with the Minnesota Twins.

The Athletic's Ken Rosenthal reported the terms are four years and $92 million, and the deal includes a fifth-year option that can increase the total value to $100 million.

The 34-year-old is a career .273/.369/.509 hitter and has spent time with the Oakland Athletics, Blue Jays, Cleveland Indians and Braves. Donaldson is a three-time All-Star and two-time Silver Slugger Award winner, winning both while with the Blue Jays.