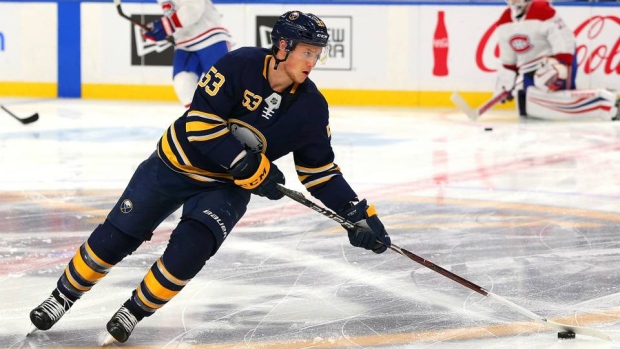 Buffalo Sabres winger Jeff Skinner will be a healthy scratch for the third consecutive game on Thursday night and it’s a move that has Skinner’s agent Don Meehan stepping in.

According to The Buffalo News, Meehan had a lengthy conversation with Sabres general manager Kevyn Adams on Wednesday, expressing his and Skinner’s concerns with Meehan declining to discuss what was said on the call.

Skinner, 28, skated with the team’s taxi squad Thursday morning and was not chosen to take pregame warmups.

The Markham, Ont., native is in the second year of an eight-year, $72 million deal he signed with the Sabres in June 2019. His $9 million cap hit makes him the second-highest paid player on the roster.

He has struggled to produce under head coach Ralph Krueger. Skinner is averaging just 11:56 of ice time per game this season at 5-on-5 and has zero goals and one assist in 14 games.

In his first season in Buffalo in 2018-19, Skinner scored a career-high 40 goals and matched his career-high in points with 63 primarily playing alongside Sabres captain Jack Eichel.

Drafted seventh overall by the Carolina Hurricanes in 2010, Skinner won the Calder Trophy in 2011 after making the NHL roster as an 18-year-old. He recorded 31 goals and 63 points in 82 games in his rookie year.

Skinner was acquired by the Sabres on Aug. 2, 2018 from the Hurricanes in exchange for Cliff Pu and three draft picks.