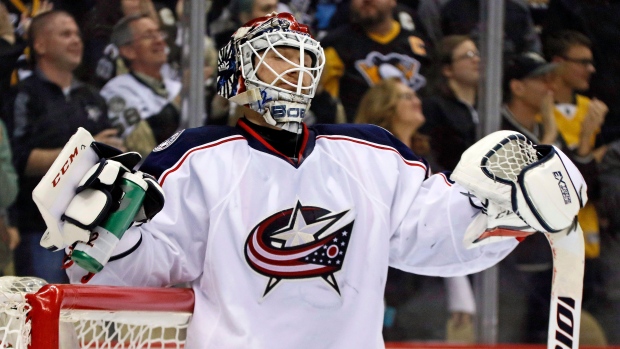 Sergei Bobrovsky finished the regular season as a Hart Trophy finalist after posting a career-best .931 save percentage and 2.06 goals against average in 63 starts.

However, the Columbus Blue Jackets were ousted in five games in the first round of the playoffs by the Pittsburgh Penguins as Bobrosvky allowed 20 goals on 170 shots. He finished the series with a .882 save percentage and a 3.88 goals against average.

In 18 career postseason appearances (13 starts), Bobrovsky owns a .887 save percentage and 3.63 goals against average. Those marks are well above his career regular-season averages of .920 save percentage with a 2.45 GAA.

According to Aaron Portzline of the Columbus Dispatch, Bobrovsky, his coaches, and the team's management agreed after the season that the goaltender's playoff struggles were mental and Bobrovsky was "receptive" to the idea of seeing a sports psychologist or taking other steps to mentally handle the postseason better.

“Sergei is devoted to excellence,” Bobrovsky’s agent, Paul Theofanous, told the Dispatch. “Every year he looks at himself after the season and says, ‘What can I do better? What can I do smarter? How do I make myself more effective?’ He’s an incredibly driven player and person. Incredibly devoted.”

Portzline reports no one within the Blue Jackets will say exactly what steps Bobrovsky will take because the team does not want their goaltender's struggles to be a constant conversation point.

“Sergio Garcia couldn’t win a major, but now he’s won a major and he might just keep going,” Kekalainen told the Dispatch. “Back home in Finland, we had a cross-country skier (Marja-Liisa Kirvesniemi) who was the best in the world, but couldn’t win for the longest time. Then she got to the Olympics (in 1984) and she won everything, and she kept on winning.”

He added, however, that getting over such issues can frustrating, as results are not immediately seen.

“Bob will do the necessary work in whatever area he needs to work, and he’ll get over the hump. He has to prepare himself to be at his best when it counts the most.”