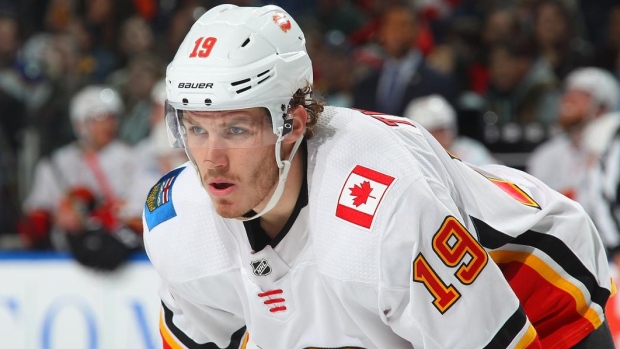 According to Ryan Pyette of The London Free Press, Tkachuk began skating with the London Knights of the Ontario Hockey League earlier this week and worked Wednesday on a line with former teammates Ryan and Matt Rupert, who both played in the ECHL last season.

Flames RFA Matthew Tkachuk started skating with his old junior club, the London Knights, this week. He's out there with the Rupert twins. What a line that would have been (though Marner and Dvorak were pretty good mates, too).

Tkachuk had a career year last season, posting 34 goals and 77 points in 80 games with the Flames. He added two goals and one assist in five playoff games.

The 21-year-old's agent, Don Meehan, said in August that Tkachuk's camp set their position on a new contract in June, though it is unclear how much progress has been made since.

"We took an approach whereby we would be very proactive and progressive with Calgary," Meehan said. "We started early, and we set a position. We didn't really have to wait. We formulated a position that we thought would be fair and we gave that to Calgary probably in the early part of June.

"So we're involved in negotiations right now, but as far as I'm concerned it's not a waiting game. We made a decision in terms of what we think is fair and relevant for the player and we're working with Calgary now."

Selected sixth overall in 2016, Tkachuk has scored 71 goals and posted 174 points in 224 games since joining the Flames.

According to CapFriendly, the Flames have $6.34 million cap space remaining for this season with only Tkachuk in need of a new contract.