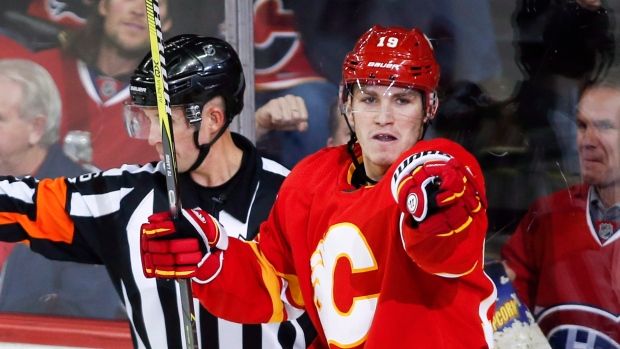 Matthew Tkachuk's agent Don Meehan updated negotiations between the Calgary Flames and the restricted free agent on Monday, stating that his client set his position on a new contract in June.

"We took an approach where by we would be very proactive and progressive with Calgary," Meehan told reporters at the Serge Savard Golf Tournament held west of Montreal. "We started early, and we set a position. We didn't really have to wait. We formulated a position that we thought would be fair and we gave that to Calgary probably in the early part of June.

"So we're involved in negotiations right now, but as far as I'm concerned it's not a waiting game. We made a decision in terms of what we think is fair and relevant for the player and we're working with Calgary now."

Among the remaining unsigned RFAs, Tkachuk ranked fourth in points with 77 and tied Connor for second in goals - behind Point - with 34.

He could become the Flames' highest-paid player this season, a title currently shared by Johnny Gaudreau and Mark Giordano, who each carry a salary of $6.75 million. Tkachuk had six fewer points last season than Sebastian Aho, who will carry a cap hit of $8.45 million after the Carolina Hurricanes matched the offer sheet he signed with the Montreal Canadiens in July.

Selected sixth overall in the 2016 NHL Draft, Tkachuk has scored 71 goals and posted 174 points in 224 games since joining the Flames.

According to CapFriendly, the Flames currently have $7.76 million in cap space remaining for this season with RFA Andrew Mangiapane also in need of a new contract.