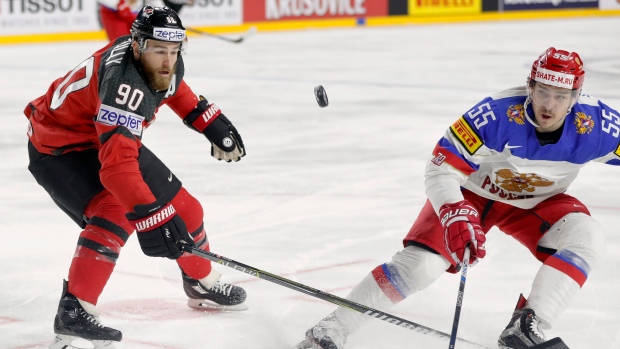 According to the Russian news outlet R-Sport, Hockey Canada has reached to the Russian Hockey Federation in hopes of organizing an exhibition match before the 2018 Olympic Games in Pyeongchang.

For the first time since 1994, NHL players will not be taking part in the Olympics and Hockey Canada could be looking to give their team some game experience before the tournament begins.

AHL players on two-way contracts are not expected to be allowed to take part, meaning Team Canada will likely be made up mostly of Canadians playing in the KHL and other leagues outside of North America.

Team Russia is expected to one of the tournament's favourites, with players including Ilya Kovalchuk dressing for the team from the KHL.

The Olympic tournament is scheduled to take place from Feb. 9-25, 2018. Canada, ranked first in the world, is set to play in Group A with the Czech Republic, Switzerland and Korea. Russia is joined in Group B by the United States, Slovakia and Slovenia.

Canada has won gold at the previous two Olympic tournaments.