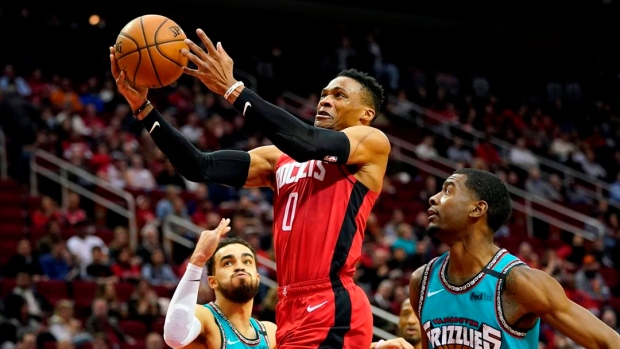 After just one season with the Houston Rockets, Russell Westbrook reportedly wants out and it appears the Charlotte Hornets are interested in acquiring the former Most Valuable Player, according to Shams Charania of The Athletic and Stadium.

Charania notes that other teams have also showed interested, but says the Hornets have "moveable veteran contracts" as well as a "[Michael] Jordan brand connection," for Westbrook.

The Hornets have emerged as a potential suitor for Rockets All-Star Russell Westbrook, sources tell our NBA Insider @ShamsCharania. pic.twitter.com/8hineXP3AN

Charlotte missed the playoffs last season with a 23-42 record while Houston posted a 44-28 record in the regular season before being eliminated by the Los Angeles Lakers in the second round in five games.

Westbrook still has three years remaining on the five-year, $205 million contract he signed with the Thunder in 2017.

The native of Long Beach, California is a nine-time All Star and won the league's MVP award in 2017.