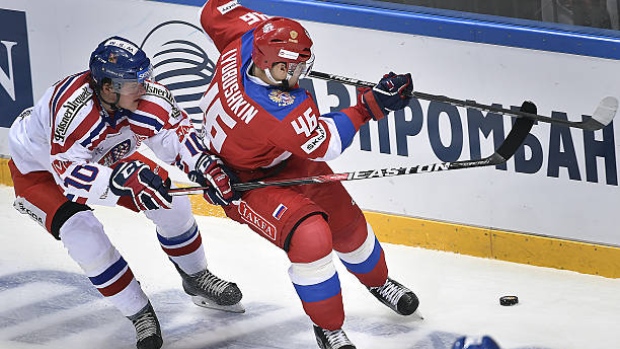 The 24-year-old has spent the past five seasons with Yaroslavl Lokomotiv in Russia and scored three goals with six assists in 50 games this past season.

"We are pleased to sign Ilya to a one-year contract," said Chayka. "Ilya is a big, physical defenseman who skates well and moves the puck effectively. He will add size and toughness to our blueline."

Lyubushkin won a bronze medal with Russia at 2014 world juniors. He scored a career-high four goals and posted 11 points in 55 games with Yaroslavl om 2015-16.

Lyubushkin was one of 42 players cleared by the IIHF to play for Russia at the 2018 Winter Olympic Games, but was not named to the 25-man roster.