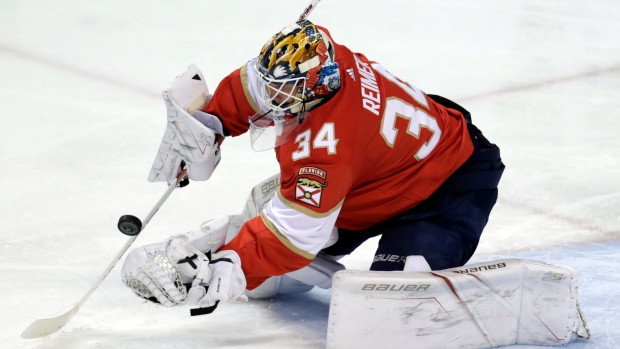 The Florida Panthers are working on a trade for goalie James Reimer, according to a report from The Athletic's George Richards and James Mirtle.

Because of the way his contract is, do not expect a buyout; Reimer’s cap hit is $3.2m in second year so that does them little good. Team is working on a trade. https://t.co/6Clc2ji8sp

Mirtle originally reported he expected the Panthers to trade or buy-out Reimer in the coming weeks as they pursue pending free agent goalie Sergei Bobrovsky, but Richards added a trade is more likely because a buyout would not be beneficial from a salary standpoint.

Reimer has been with the Panthers the past three seasons and struggled last year splitting time with Roberto Luongo. Reimer finished the year with a 13-12-5 record, 3.09 goals against average, and .900 save percentage.

The 31-year-old 2006 Draft pick (Round 4, 99th overall) of the Toronto Maple Leafs has two seasons left on his contract with a cap hit of $3.4 million per season.