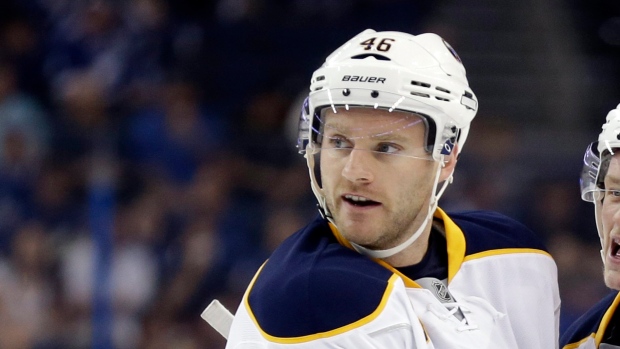 Entering the third week of free agency, Cody Franson remains without a contract for next season.

According to Jay Zawaski of 670 The Score in Chicago, Franson could spend training camp on a tryout contract with the Chicago Blackhawks if he fails to find a new contract elsewhere.

Hearing defenseman Cody Franson could get a Hawks camp invite if he doesn't find a deal by then. One would assume it'd be a tryout.

The 29-year-old is coming off a two-year, $6.65 million contract with the Buffalo Sabres. He scored three goals and added 16 assists in 68 games with the Sabres last season.

The Blackhawks are in need of defencemen and currently have just five defencemen with NHL experience on their roster - Brent Seabrook, Duncan Keith, Connor Murphy, Michal Kempny and Michal Rozsival. Chicago is currently just over $34,000 over the cap, according to CapFriendly, though the team is expected to put Marian Hossa on long-term injured reserve to free $5.275 million.

A veteran of 527 career games, Franson owns 42 goals and 205 points over the past eight seasons.