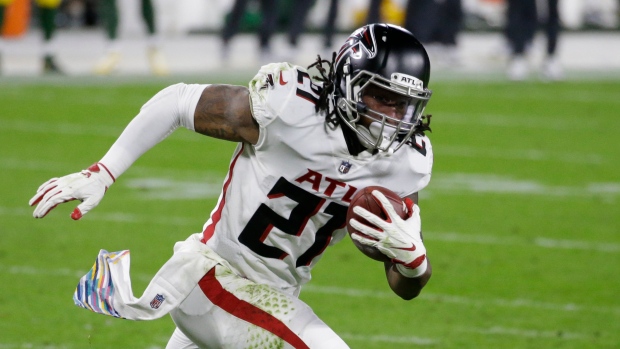 Free-agent running back Todd Gurley is visiting the Baltimore Ravens on Thursday, according to the NFL Network's Ian Rapoport.

Gurley also reportedly visited with the Detroit Lions in May.

Drafted 10th overall by the then-St. Louis Rams in 2015, Gurley went on to have tremendous success early in his career. During his five seasons with the Rams, the running back garnered the three All-Pro selections, three Pro Bowl nominations and was the NFL's Offensive Player of the Year in 2017.

Gurley was released by the Rams following the end of the 2019 season and signed as a free agent with the Falcons in April of 2020. Over his career he has recorded 6,082 yards rushing and 35 touchdowns along with 2,254 yards receiving and 12 receiving touchdowns.