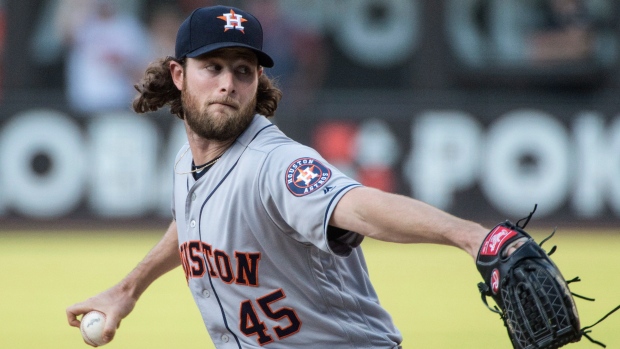 Like last year, it could be another winter of waiting when it comes to this year's top free agents.

Andy Martino of SNY reports that free agent starter Gerrit Cole is unlikely to sign anywhere before January according to indications given by his agent, Scott Boras.

Martino adds that New York Yankees general manager Brian Cashman confirmed on Tuesday that the Yanks will engage with Cole and his representatives, but the process is expected to take months. That's no surprise given Boras' reputation for dragging out the free agency process as exemplified last year with Manny Machado going into February unsigned.

However, the bidding may go quicker for other top-end talent. Martino reports the market for other Boras clients such as Stephen Strasburg and Anthony Rendon could move faster than expected.

Martino adds the Yankees, San Diego Padres or his old team, the Washington Nationals, have interest in signing the big right-handed starter after he opted out of his deal with the Nats following their World Series win. Rendon has been connected to several teams, including the Nationals and Texas Rangers.

Cole ranks No. 1 on TSN's top 50 MLB free agents list, while Rendon and Strasburg come in at spots two and three, respectively.