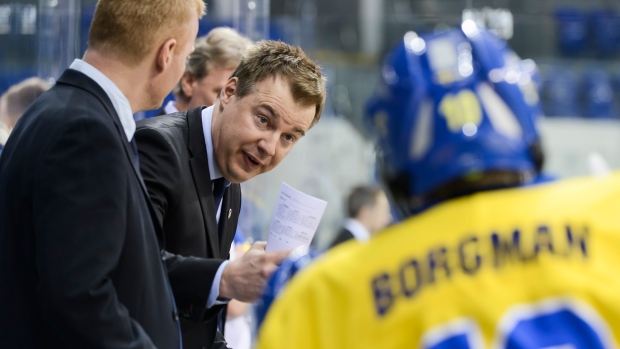 It appears the Buffalo Sabres could look to Europe in their search for a new head coach.

According to Scott Burnside of The Athletic, the Sabres have thrown Rikard Gronborg’s name into the mix after missing out on Todd McLellan, who joined the Los Angeles Kings last week.

Gronborg has worked with the Tre Kronor since 2006, when he joined the national program with a scout after spending the previous year as an assistant coach with the WHL's Spokane Chiefs.

The Sabres have been without a head coach since firing Phil Housley earlier this month after his second season with the team. The Sabres finished the year with a 33-39-10 record, missing the playoffs for the eighth consecutive year.

As Burnside points out, the Sabres have a number of Swedish players on the roster who would have familiarity with Gronborg, including 2018 first-overall pick Rasmus Dahlin.