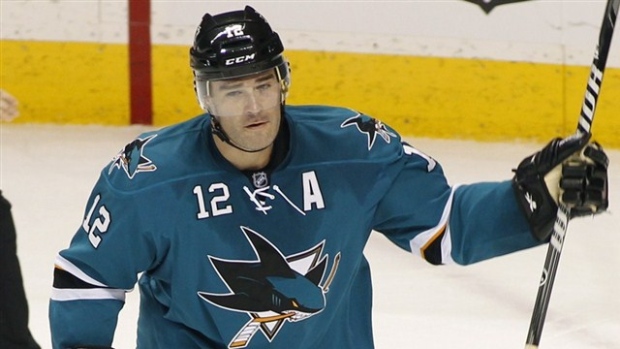 According to a report from San Jose, Sharks forward Patrick Marleau would lift his no-movement clause to accept a trade to the New York Rangers, Anaheim Ducks, or Los Angeles Kings.

He has this season and next remaining on a three-year contract at an average annual value of $6.66 million.

The report from Kevin Kurz of CSNBayArea.com said that the Rangers have had scouts at the last two Sharks games, including Doug Risebrough on Tuesday.

In 14 games this season, the 36-year-old has four goals and five assists. He was picked second overall by the Sharks in 1997 and is the franchise's all-time leading scorer.