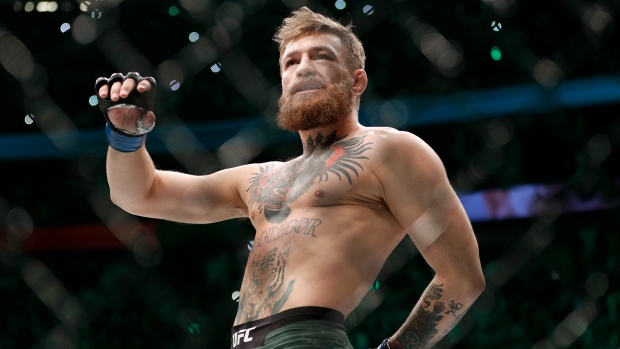 Conor McGregor is under investigation in his native Ireland after being accused of sexual assault in December, the New York Times reports.

The 30-year-old Dubliner, who announced his retirement from MMA earlier on Tuesday, was arrested in January and later released pending further investigation, having never been charged with a crime.

The woman alleges the assault took place at the Beacon Hill Hotel in Dublin, where McGregor was a guest in December. A person with knowledge of the investigation told the New York Times that police had taken evidence from the room in which McGregor was staying, as well as security footage from the hotel.

While Irish media has reported on the case since January, McGregor has not been named as Irish law dictates that individuals charged with rape cannot be named unless they are convicted.

Dublin police would also not confirm to the New York Times that McGregor as a suspect.

“Investigations are ongoing in this case and at this time a file continues to be prepared for the Director of Public Prosecutions,” a police statement said about the case.

Karen Kessler, a publicist for McGregor, released a statement later on Tuesday.

“This story has been circulating for some time and it is unclear why it is being reported now,’’ Kessler said. “The assumption that the Conor retirement announcement today is related to this rumor is absolutely false.”

McGregor was arrested earlier this month in Miami Beach on a charge of robbery and criminal mischief for allegedly taking, and then destroying, the phone of a man attempting to take his photo.

A former UFC lightweight and featherweight champion, McGregor has only fought once since 2016, losing by submission in the fourth round to Khabib Nurmagomedov last November at UFC 229 in Las Vegas.