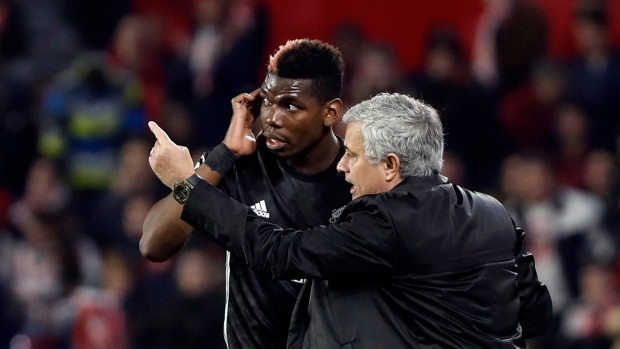 “You don't play," Mourinho reportedly said. "You don't respect players and supporters. And you kill the mentality of the good honest people around you."

Pogba, 25, returned to the team after being benched for the Red Devils' midweek Champions League victory over Young Boys.

The World Cup winner was statistically poor in Saturday's match, getting dispossessed on eight occasions and losing half of his 30 duels.

Without naming Pogba, Mourinho hit out at his midfield in his postgame remarks.

While United has qualified for the knockout stage of the Champions League, their domestic campaign has been poor. The team currently sits seventh in the table and is eight points adrift of Arsenal for the final Champions League place. Most concerning for a United team filled with high-priced attacking talent is that they have conceded more goals (23) than they have scored (22).

The Red Devils are next in action on Saturday when they host Fulham at Old Trafford.