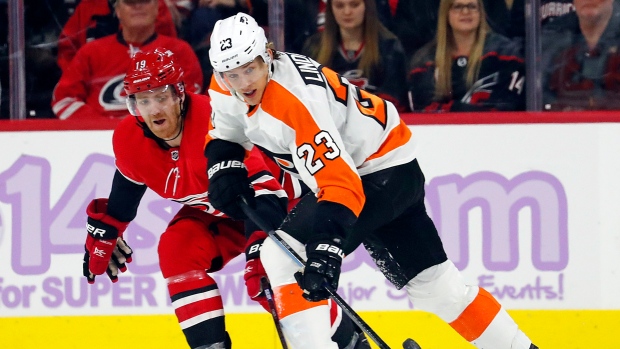 Philadelphia Flyers forward Oskar Lindblom is making progress in his recovery from a rare bone cancer.

Flyers assistant general manager Brian Flahr told Sam Carchidi of the Philadelphia Inquirer that Lindblom has been receiving positive news and hopes to play again in the future.

“Oskar’s going through his last treatments coming up here, but everything I’ve been told from [Flyers trainer Jimmy McCrossin] has been very positive,” Flahr said. “He feels great, considering the condition he’s in. He’s such a great kid and he’s determined. His focus is to play as soon as possible.”

It is not yet known if Lindblom will be able to play next season, but Flahr said doctors told Lindblom “it couldn’t have gone any better for him.”

The 23-year-old had 11 goals and seven assists in 30 games before leaving the team in December to undergo treatment. It was his third season with the team after being selected in the fifth round of the 2014 NHL Draft.