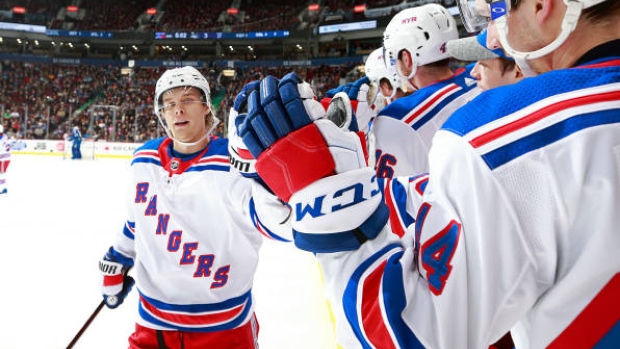 However, Brett Cyrgalis of The New York Post writes that general manager Jeff Gorton's work is not done yet since Trouba is still in need of a new contract with an arbitration hearing looming on July 25.

Cyrgalis reports Gorton is looking to clear cap space for Trouba's new deal and has put forwards Pavel Buchnevich and Vladislav Namestnikov on the trade block. He adds that Gorton still has to decide the future of winger Chris Kreider, who is entering the final year of his deal.

According to CapFriendly, the Rangers have just over $7 million cap space left for this season with Trouba, Buchnevich, Brendan Lemieux and Tony DeAngelo all in need of new contracts. Larry Brooks of the Post wrote last month that Trouba is likely to command a salary in the range of $7.5-$8 million on a long-term deal.

Namestnikov, 26, is signed through next season at a $4 million cap hit. He was acquired from the Tampa Bay Lightning at the trade deadline in 2018 and posted 11 goals and 31 points in 78 games last season after scoring 22 goals the year before.

Buchnevich, a restricted free agent whose arbitration hearing is set for July 29, scored a career-high 21 goals and posted 38 points in 64 games last season.

Kreider, 28, carries a $4.625 million cap hit in the final year of his deal and is coming off a productive 28-goal and 52-point season. He has spent his entire career with the Rangers since being drafted 19th overall in 2009 and has an 11-team no-trade clause in his contract.

The Rangers missed the playoffs for the second straight year this past season after reaching the postseason in seven consecutive seasons.