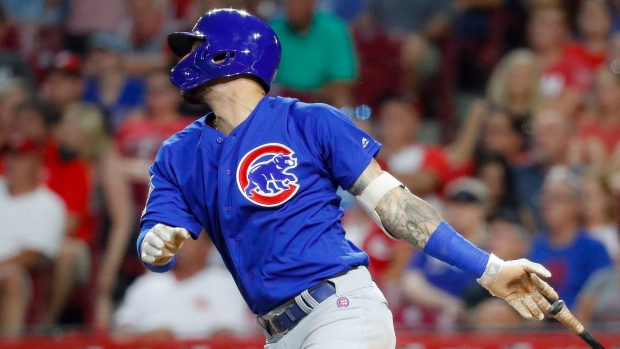 CINCINNATI — Free agent outfielder Nicholas Castellanos agreed to a $64 million, four-year deal in the Cincinnati Reds' latest big-money move to emerge from years of losing, a person familiar with the deal told The Associated Press on Monday.

The person spoke to the AP on condition of anonymity because the club hadn't announced the deal, which would allow Castellanos to opt out and become a free agent after the 2020 or 2021 seasons. If he cuts the deal short after one year, he would receive $16 million.

It was the fourth significant move by the Reds, among the most active teams in free agency since their sixth consecutive losing season. The Reds have has committed $174 million to new players, including the two biggest free agent deals in club history.

Castellanos' deal raised the off-season total of contracts negotiated by agent Scott Boras and his staff to $1,200,250,000.

Cincinnati's biggest weakness last season was offence. They finished near the bottom of the National League in runs despite playing in one of its most hitter-friendly ballparks.

Castellanos batted .289 last season with the Tigers and Cubs, who got him in a midseason trade. He hit 27 homers overall, drove in 73 runs and had 58 doubles while playing right field primarily in Detroit and Chicago.

He joins a crowded outfield that will get sorted out in spring training.

Akiyama was a five-time All-Star centre fielder with the Seibu Lions but could move to a corner spot. The Reds already have centre fielder Nick Senzel, who is recovering from shoulder surgery.

Aristides Aquino took over in right field last season after Yasiel Puig was traded to Cleveland and had a sensational debut, but he slumped as the season closed out. The Reds also have Jesse Winker and Phillip Ervin.