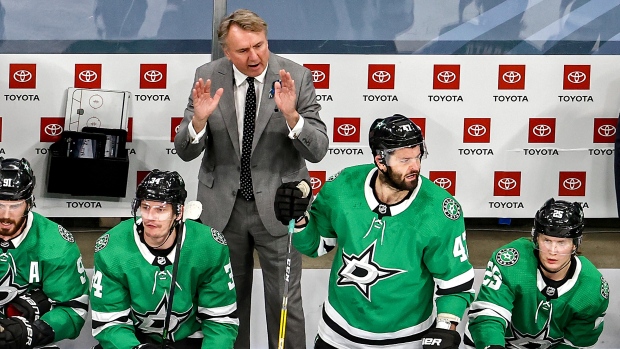 Nill said that the interim tag has been lifted from head coach Rick Bowness, which comes as little surprise considering he led the team to the Stanley Cup Final after taking over from Jim Montgomery in December.

TSN Hockey Insider Pierre LeBrun notes that Bowness will now need a contract, but adds "I don't expect any issues there."

Interim tag lifted, which was expected. Bowness will need a new contract but I don't expect any issues there. https://t.co/DgV0nLSEcb

Meanwhile, Nill also said that star forward Tyler Seguin sustained a labrum tear in his hip during the playoffs. Nill added Seguin is exploring options for possible surgery, which could carry a recovery time of four months.

Tyler Seguin sustained a torn labrum in his hip during the postseason, GM Jim Nill says.

He is exploring options for possible surgery, which could carry a recovery time of four months. pic.twitter.com/RYJz3kdZ1u

The 28-year-old played in 23 playoff games as the Stars reached the Stanley Cup Final, scoring 11 goals and adding 13 assist for 24 points. He had 17 goals and 33 assists in 69 regular season games played before the NHL paused its regular season in mid-March.