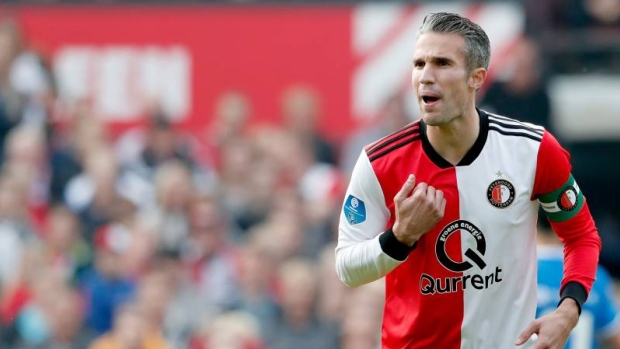 Robin van Persie has returned to boyhood club Feyenoord as a coach, the Dutch side announced on Friday.

The 37-year-old former Manchester United and Arsenal striker returned to the club for the final season of his career in 2018-2019 before retiring as a player.

It is not an official position, so it's hard for me to give it a title," van Persie said of his new role under manager Dick Avocaat. "It's a win-win. I'll find out here whether I like doing this and help the staff a bit."

Capped 102 times by the Netherlands, van Persie scored 36 times in 98 appearances across two stints with Feyenoord.

By virtue of finishing third in the Eredivisie in the 2019-2020 season that was abandoned early due to the outbreak of the coronavirus (COVID-19) pandemic, Feyenoord will play in the Europa League next season.