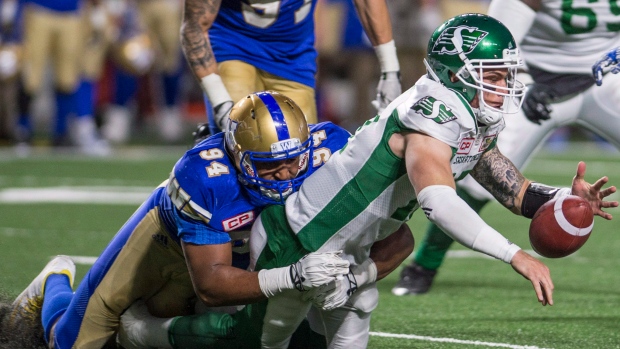 The Saskatchewan Roughriders released international quarterback Bryan Bennett, the team announced in a press release Saturday. At the start of training camp, Bennett was the team's No. 2 QB on the depth chart, slotted behind presumed starter Kevin Glenn.

#Riders to cut QB Brian Bennett. Was sitting at #2 the first week of camp. Vince Young's situation still up in the air. @CFLonTSN https://t.co/ypHwt0DVRC

Bennett's release leaves Saskatchewan with pivots Brandon Bridge and Marquise Williams behind Glenn, after Vince Young was released Saturday, too.

I just want to thank God for giving me the opportunity to follow my dreams as a @sskroughriders. Excited to be apart of the 2017 season!!!

Besides the Roughriders, the 25-year-old Bennett has also spent time with the Winnipeg Blue Bombers, but has never recorded any regular season statistics.