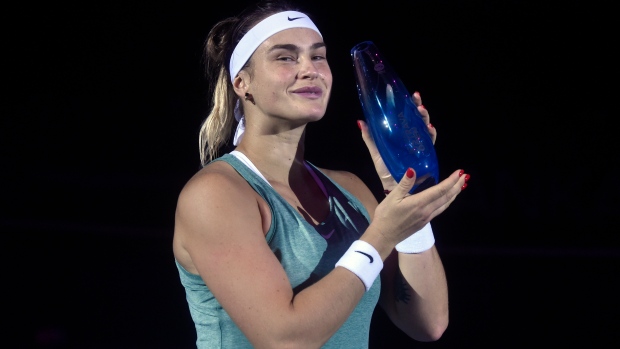 The 11th-ranked Sabalenka from Belarus joined Simona Halep as the only players with three tournament wins in the shortened 2020 season.

Sabalenka also won the previous event, in Ostrava, matching her achievement from last year when she finished the season winning back-to-back titles.

Sabalenka and Mertens became doubles partners in the spring of 2019 and won the U.S. Open together a few months later.

Sabalenka, who improved to 4-2 against her 21st-ranked Belgian opponent, dropped 5-4 down in the opener.

However, Mertens failed to serve out the set as Sabalenka won six straight games to close out the first set and take a 3-0 lead in the second.

Sabalenka added another break at 5-2 and wrapped up the win with a backhand winner.