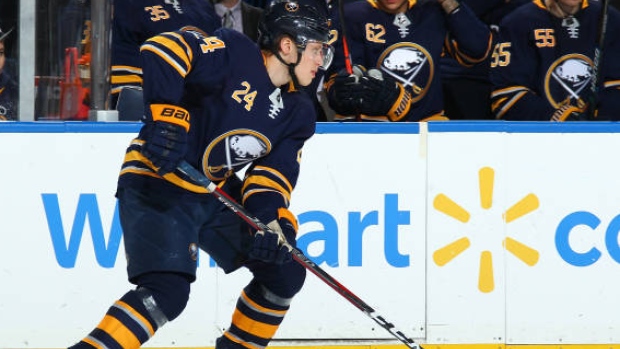 BUFFALO, N.Y. — Defenceman Lawrence Pilut will get to enjoy a trans-Atlantic homecoming after being called up by the Buffalo Sabres in time for their two-game trip to Sweden.

Pilut was called up from the minors Sunday when the Sabres placed veteran defenceman Marco Scandella on injured reserve.

Buffalo is travelling to Stockholm, where they'll play two games against the Tampa Bay Lightning on Friday and Saturday as part of the NHL Global Series.

The 23-year-old Pilut played 33 games for the Sabres last season. He started this season with the Sabres' AHL affiliate in Rochester after undergoing off-season shoulder surgery.

Scandella has missed Buffalo's last three games after sustaining a lower-body injury in a game against the New York Rangers on Oct. 24.

The Sabres also announced goaltender Andrew Hammond will travel with the team to Sweden.