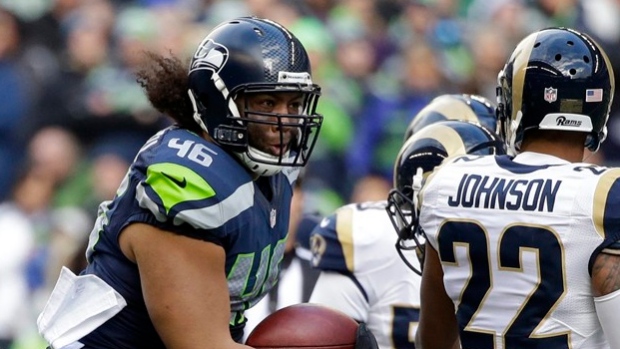 Will Tukuafu , The Canadian Press

RENTON, Wash. - The Seattle Seahawks have re-signed versatile fullback Will Tukuafu and defensive tackle Jesse Williams, who has spent the last two seasons on injured reserve.

Tukuafu signed with the Seahawks on Oct. 29 and played in nine games (two starts) in the regular season and in all three playoff games. He played mostly at fullback but also filled in along the defensive line.

Tukuafu, who spent his first four seasons in San Francisco, has played in 29 career games in five NFL seasons.

The Seahawks selected Williams in the fifth round of the 2013 NFL draft out of Alabama but he's been plagued by knee injuries and is still awaiting his NFL debut.