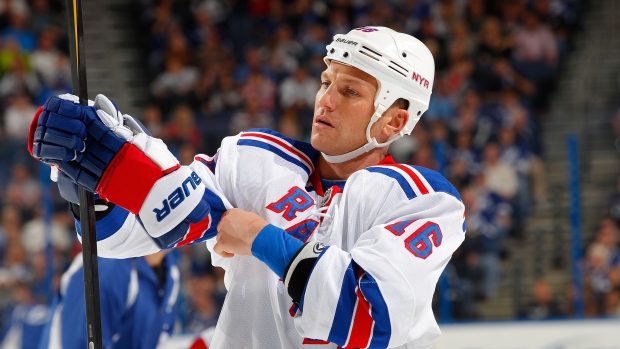 Sean Avery is lacing up his skates again.

The 41-year-old signed a standard player contract with the ECHL's Orlando Solar Bears on Wednesday, 10 years after he last played in a professional game.

We have signed Sean Avery to an ECHL Standard Player Contract in our latest @pizzahut Transaction Report: https://t.co/SPjjyczoyP

Avery is a veteran of 580 NHL games, posting 90 goals and 247 points over his career with the Detroit Red Wings, Los Angeles Kings, Dallas Stars and New York Rangers. He twice led the NHL in penalty minutes during the 2003-04 and 2005-06 seasons.

He last played in the 2011-12 season, when he scored three goals in 15 games with the Rangers and posted two goals and one assist in seven games with the AHL's Connecticut Whale.