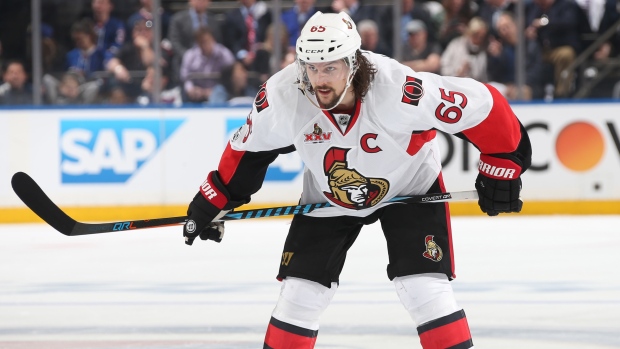 Karlsson incurred an apparent leg injury in the second period of the Sens' Game 4 loss Thursday after he collided with New York Rangers forward Chris Kreider. He appeared to be in pain and was seen limping following the end of the period.

Boucher held Karlsson out of the third period but said after the game he expected he would be able to return in Game 5.

In other Sens' roster news, Boucher confirmed Craig Anderson will start in net Game 5 but wouldn't say if he is planning any other lineup changes for Saturday.

The Senators and Rangers are tied 2-2 in their second round Stanley Cup playoff series.